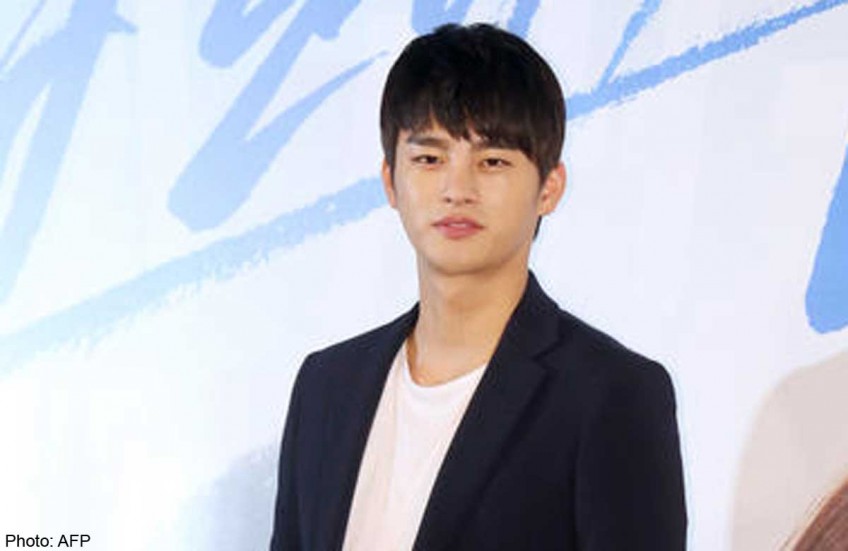 Seo In-Guk attending the "No Breathing" film premiere in Seoul.

South Korean actor and singer Seo In-guk said that it would be too difficult if his drama came true.

In the rom-com "The King of High School Manners," Seo plays a high school student who masquerades as an executive in place of his missing older brother, who looks as though he could be his twin.

In the drama, Seo captures the hearts of two sisters.

"If I am loved by two sisters like in the drama, I would feel flattered but also confused," Seo said.

"(If I ever get into such a situation), I think I should be honest and follow my heart," the 26-year-old actor told reporters.

This is not the first time for Seo's character in a drama to be involved in a love triangle. In the hit drama "Reply 1997," he fought his brother over love.

"It is a relief that I don't have a brother," he said, drawing laughs from reporters.

But Seo revealed what he would do in such a hypothetical situation.

"I would have some drinks together and figure out whose love for the hypothetical woman is bigger. And the one who loves the woman more should have her," he said.

The cable TV drama comically portrays the life of a high school student who leads the double life of a student in the morning and office worker later in the day. The immature, simple-minded teenager goes to work and pretends to be his older brother, a young executive, at his brother's sudden request and faces numerous challenges along the way.

The drama, starring Seo, along with Lee Ha-na, Lee Soo-hyuk and Lee Yeol-eum, airs at 11 p.m. every Monday and Tuesday on tvN.