Ticket to Paradise features Hollywood stars George Clooney and Julia Roberts and, while set in Bali, was shot in Australia.

According to its slick and colourful trailer, the premise of the new Julia Roberts and George Clooney film, Ticket to Paradise, is as follows: Roberts and Clooney, playing divorced and bickering parents, fly to Bali in Indonesia to try to convince their daughter to call off her impending marriage to an Indonesian local she only recently met.

The trailer was released on Thursday (June 30) but as soon as it hit the internet online commentators began pointing out issues with the summer blockbuster described by some as a sequel to the 2010 hit Eat, Pray, Love, which also starred Roberts and included scenes shot in Bali.

One of the many online gripes sparked by the trailer is that Roberts did not return to Bali, often known as the “island of the gods” because of its many Hindu influences.

Instead, Haslewood Island, on the edge of the Great Barrier Reef in Queensland, stood in for the world-famous Indonesian island.

Filming also took place in a number of other locations around the Australian state – more than 3,000km from Bali – including the Gold Coast, Brisbane, the Whitsunday Islands, Moreton Island and Long Island.

Australia became Bali as the real deal was out of bounds when filming began in Nov last year because of pandemic-related travel restrictions .

Ticket to Paradise also received a US$4.3 million (S$6 million) grant known as the Location Incentive to film in Australia.

“We are very lucky to have a Covid-safe destination where people can film right now and luckily not be subjected to delays or shutdowns, and as well they can have an amazing lifestyle while they’re here,” said Kylie Munnich, the CEO of Screen Queensland, on the decision to film there.

Other criticism of the film has centred around the casting of 29-year-old Maxime Bouttier as a local Balinese. In reality, the actor’s mother is Indonesian and his father is French.

“I’ve been thinking about why they cast a mixed actor who looks very Caucasian to play a local,” said Paul Agusta, a filmmaker and the founder of Bengkel Akting Kuma Acting School.

“Not to put down Maxime Bouttier’s skill as an actor, but it doesn’t feel right. The Western gaze is often a rather careless one. The casting director still had Western male beauty standards when casting a local actor, and worked with what would play best to mostly white audiences.”

He added that casting choices can have a significant impact on audiences and also on Indonesians wishing to enter the film industry, and that representation matters.

“It sends a bad message to young Indonesian actors with Hollywood dreams, and as an acting coach I know there are many, that unless you are mixed or Caucasian passing, you don’t stand a chance,” he said.

According to Intan Paramadith, an author and lecturer in media and film studies at Macquarie University in Sydney, the premise of the film itself is also potentially problematic as travel is historically tied to colonialism .

“Therefore, in our contemporary time, it’s important to keep asking who has the privilege to travel and the structures that enable travel to happen, all of which are deeply embedded in global inequalities. We need to be critical of how travel is represented in the media,” she said.

“In the travel romance genre specifically, we usually see Western middle-class female protagonists (as this genre is targeted mainly at female audiences) who enjoy their independence and freedom to travel due to their class and white privilege. They face a problem at the beginning but order is restored at the end, and the places that they visit often serve as a catalyst for change.”

One example of this genre is Eat, Pray, Love, Paramadith said, as Roberts’ character rediscovers her spirituality after trips to Italy, India, and Indonesia, yet these places merely serve as a backdrop for the self-discovery to take place.

“The films perpetuate the colonial gaze that reduces places and people merely as a landscape for Western characters to stand out or assert agency; this gaze depends on the invisibility of labour of local people and the exploitation of natural resources to support tourism,” she said.

“The colonial gaze is reproduced through cinema and media, drawing more attention to these places as tourist destinations. It normalises a sense of entitlement among privileged expats or digital nomads who seek to enjoy paradise with low cost in places like Bali.” 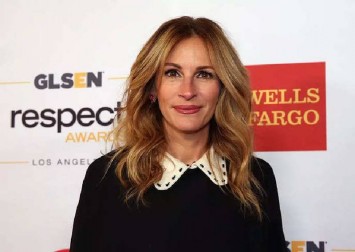 However, Rahung Nasution, an Indonesian documentary filmmaker who co-directed the film Pulau Plastik on Netflix, which examines the impact of plastic waste on Bali, said that there was a difference between fiction and nonfiction films, and the former could not be held to the same standards of authenticity.

“In making fiction films or even films with a historical or social background, it is normal to shoot on location somewhere else or in a studio, even though it is supposed to be Bogota, or the Congo or Papua. It is called setting the scene and the shooting location is chosen for various reasons,” he said.

“It is also normal for characters not to be played by local actors. It is up to the directors and producers. That is precisely the challenge for the actors, can they play the character convincingly?”

“Fiction and nonfiction films are two different fields. If a documentary about Bali was shot at Lake Toba in Sumatra, then that would be a problem.”