'Shakespeare in Love' bows on London stage - with the dog 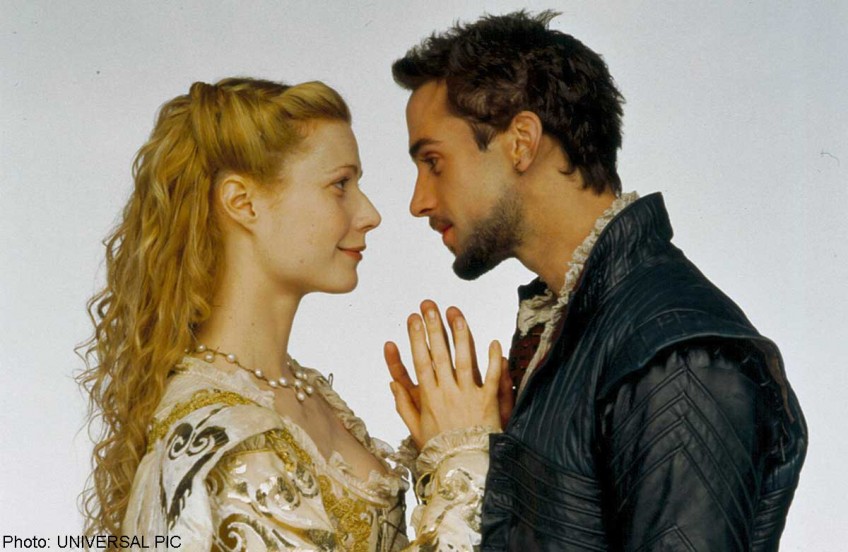 The play inevitably lacks the star power of Joseph Fiennes as Shakespeare, Gwyneth Paltrow – who won an Oscar for best actress – as Viola de Lesseps.

The 1998 hit movie "Shakespeare in Love" wove the Bard's famous words into a Hollywood romantic comedy. Now it's back in a stage version that retains the sly humour of Tom Stoppard's script while making it all seem a bit more Shakespearean.

The play that opened at London's Noel Coward theatre on Wednesday night, backed by Disney and leading British producer Sonia Freedman, inevitably lacks the star power of Joseph Fiennes as Shakespeare, Gwyneth Paltrow - who won an Oscar for best actress - as Viola de Lesseps and Judi Dench as Queen Elizabeth I.

But Tom Bateman as Shakespeare and Lucy Briggs-Owen as Viola bring an engaging and youthful energy to a script adopted from the screenplay by Stoppard and co-writer Marc Norman. Like the film, the play superimposes highlights from "Romeo and Juliet"over the story of penniless Will and the heiress Viola, their affair doomed by England's class system.

It is acted out on a wooden stage upon a stage, meant to be the Rose Theatre in London, summer of 1593, with a huge cast of 28.

The hardworking crew plays everyone from actors, innkeepers, an irate play investor who wants his money back and the theatre-loving Queen Elizabeth I to officers of the crown, a nurse and a band of musicians, including a high-pitched countertenor and instrumentalists who can perform a smashing Irish jig.

In case you loved the movie and feared that the stage show, directed by the inventive Declan Donnellan, might have left out one of its best running gags, there is a dog.

Also retained is the memorable line when the stage-struck virgin Viola, who has met her idol Shakespeare by posing as a man and obtaining the male lead in "Romeo and Juliet", reveals who she is. They make love, after which she sighs: "I would not have thought it: there IS something better than a play." STOPPARD ABANDONED Stoppard had attempted a stage adaptation but abandoned it years ago. The credit for this one goes to Lee Hall, who won a Tony award for his long-running stage version of "Billy Elliot the Musical." While the movie focuses on the love affair, Hall has placed greater emphasis on how young Will became a great playwright and poet. The opening scene has the company of players and hangers-on gathered around a desk where Shakespeare is having trouble finishing the line "Shall I compare thee to ... " Christopher "Kit" Marlowe, played by David Oakes as a cynical, knowing rival, offers the struggling Will the missing"a summer's day" - bolstering the theory that Shakespeare could not have written everything attributed to him.

It is not long, though, before Shakespeare, head over heels in love with Viola, overcomes his writer's block, finds his inner voice and is tossing off page after page of peerless playwriting. At the end, the crowd from the opening hangs on every word Shakespeare writes - and he dashes them off.

Act Two departs more from the film than the first act but in a way that surely no one could fault, by inserting more from the closing scenes from "Romeo and Juliet" - the Bard's own words.

At the same time, much of the wonderful banter from the movie having to do with theatre lore and chicanery is preserved.

Rose owner Philip Henslowe, struggling to avoid paying with his life for his debt to Hugh Fennyman, says he is penniless because in the theatre business "the natural condition is one of insurmountable obstacles on the road to imminent disaster". "So what do we do?," Fennyman asks to which Henslowe responds: "Nothing. Strangely enough, it all turns out well."

It will be no mystery at all if the imprimatur of Disney, with its record of film-to-stage hits like "The Lion King", means "Shakespeare" will soon be bound for Broadway.