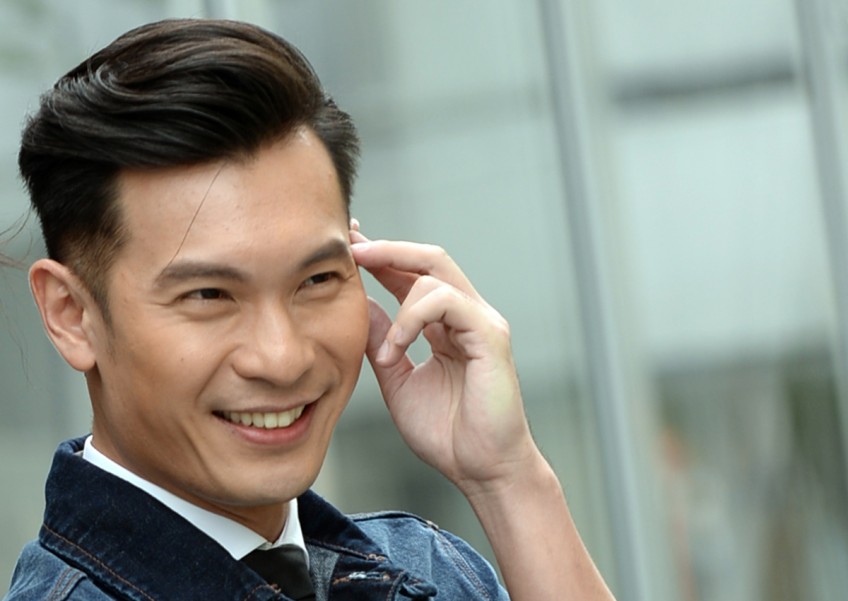 That's how MediaCorp actor Shaun Chen described his new wife Celine to The New Paper on the phone yesterday.

Over the weekend, the 36-year-old Malaysian got the local entertainment industry buzzing when he revealed he had secretly remarried in July and will welcome a baby girl in December.

He declined to give more details about the Malaysian former beautician in her 20s, saying he wants to protect her privacy as "she is not in showbiz".

Speaking to TNP, the first-time father-to-be said in a mix of English and Mandarin: "I think it's so amazing and special to become a dad. I've seen the ultrasound scans, the baby looks cute."

He added: "I think she looks more like her mother, but I am hoping she will resemble me, then she will look prettier."

When this reporter asked in jest "Are you trying to say you look better than your wife?", Chen laughed and replied matter-of-factly: "Hey, you are the one who said that, not me."

A mutual friend introduced the couple and they dated for a year before tying the knot in a low-key wedding ceremony in July that was attended by relatives and a few friends.

He found out that she was pregnant in March, something that came as a pleasant surprise to him.

"We dated with the idea of getting married eventually, so this is double the happiness for us," he said,

"She is a very simple girl, very quiet and family-oriented. She is someone who can take good care of the household."

He added: "At my age and this stage of life, I am ready to settle down and start a family."

Chen was previously married to local host-actress Michelle Chia, 40, in 2009.

They got together in 2004 after starring in the drama Power Of Love.

When asked about Chia and the idea of remarrying, Chen, who was initially chatty, simply answered: "I have no comments."

Diverting the topic to his new family, the Singapore permanent resident said they have been shopping for the baby's clothes, shoes and other necessities over the past few months.

His wife is expected to deliver via natural birth in her hometown of Alor Setar, Malaysia, on Dec 8.

However, Chen hopes she will pop two weeks earlier so that he can spend more time with her there before filming for his new MediaCorp drama starts on Dec 18.

He said: "My wife has (achieved) a healthy weight gain of more than 10kg. She does not have specific food cravings but she has been eating a lot. She gets hungry easily these days."

Chen, who has a phobia about blood, is determined to witness his baby's arrival.

He added: "I definitely want to be there, but I may not stay inside the room for too long."

Chen, who won Best Actor, Rocket Award and the Top 10 Most Popular Male Artiste title at the annual Star Awards in April, is shuttling between Singapore and Taiwan for his acting gigs and plans to keep it that way.

He said: "I have work commitments in Taiwan as well, and I won't give them up... Hopefully I can take on diaper and milk powder commercials in the future."

Said the local actor, who played Chen's on-screen father in last year's drama The Journey: Tumultuous Times: "Shaun has always wanted to have children... I hope he can have twins next! He is not young any more, so he should have more babies."

He added: "Shaun has matured a lot over the years, not only in terms of his acting skills, but also in his personal life and the way he thinks. I am sure he will be a great dad as his own dad is a wonderful dad too."

On Chen's wife, the 46-year-old said: "She is very sweet and down-to-earth. It's a blessing for Shaun to have her in his life."