JAKARTA - Unless you live under a rock, you probably know that online marketplace Shopee released a TV commercial, "Shopee 12.12 Birthday Sale Blackpink", which created a controversy in December 2018.

In response to the issue, the Indonesian Broadcasting Commission (KPI) sent out warning letters to 11 television stations for broadcasting the commercial, reminding them that all parties, including advertising agencies, producers and broadcasters, must be careful in creating content.

Almost a month has passed since the controversial commercial appeared in Indonesia. Shopee apparently learned its lessons and decided to challenge its creativity by launching a new advertisement.

Read Also
Of legs and Pancasila: 2 petitions battle it out over BLACKPINK ad in Indonesia 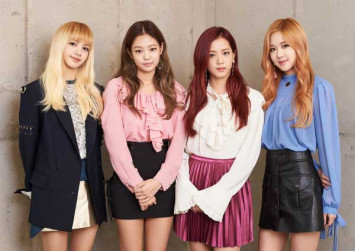 Featuring the same girl band, the new advertisement shows members of Blackpink in different outfits. But unlike the previous TV commercial which showed the members' legs, the new ad, which appears on billboards and newspapers, uses illustrations for body parts below the waist.

Twitter user @alrafikri posted, "The creator of Shopee's (new) advertisement surely has the IQ (score) of 299".

"The fashion sense is really good. From a communication point of view, the agency is good, the message is (successfully shared). It makes me interested to shop at Shopee," wrote another user @haneyeah on Twitter.

Shopee country brand manager Rezki Yanuar told The Jakarta Post via email that the company purposely edited the advertisement to prove that creativity had no limits.

"In-line with Shopee's (vision) to always innovate and trying to be better, we intentionally redrew the Blackpink advertisement to show all parties that creativity has no limits and it really depends on the maker and viewer's point of views," said Rezki.

Rezki felt that the controversy had taught the e-commerce company to be better, while also ensuring the company's creative values could be appreciated by everyone without the need to impose opinions and prolong debate.

He expressed his hope that the recently launched ads would motivate Shopee users, mostly millennials, to be better and comfortable with what they have.

KPI commissioner and coordinator of broadcasting programmes Hardly Stefano told the Post via telephone that he had yet to see or receive any feedback regarding the new advertisement.

In regard to TV commercials, Hardly explained that the KPI monitored broadcasting content in real time and received feedback from the public.

Hardly stressed that for the Shopee's controversial commercial, the KPI only sent a warning upon seeing the possibility that the content could have violated the Broadcasting Code of Conduct and Programme Standards (P3SPS).

"The warning serves as a reminder to advertising agencies, producers and broadcasters, to be careful in creating commercials so they do not create controversy or conflict," he explained.