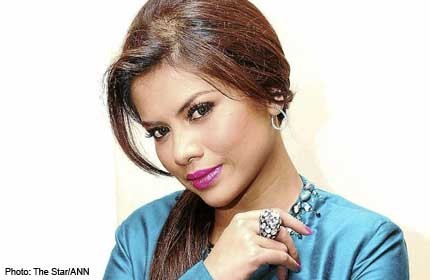 She said she was put in the spotlight when asked about the recent controversy that her management was said to have threatened to exclude a local newspaper that wrote an article titled "Alyah Tunggu Pinangan Ramli MS".

"I am dumbfounded because I never uttered any words that I would ban any media because my career is my rice bowl and I need the support of the media," the 32-year-old artiste said when met at a recording session of TV9 programme Stailista Un­­plugged.

She said she had never locked horns with the media even though her personal life had often been sensationalised at times.

"Although there might be some reporters who do not write pleasant things about me, I take it that it is their job," she said.