Singer of Indonesian descent stuns judges in 'The Voice' US 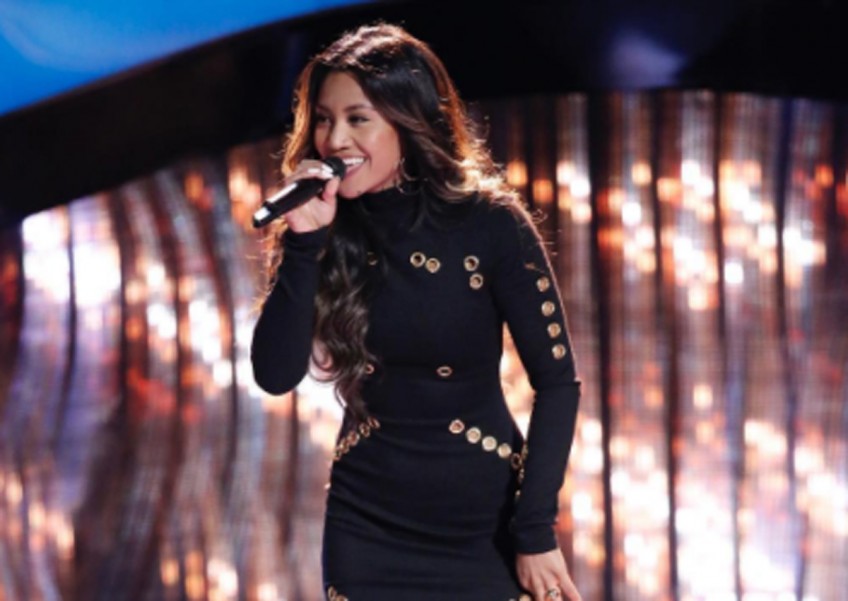 A singer-songwriter of Indonesian descent, Maharasyi Hansa, wowed the judges of reality television singing competition "The Voice" during the Blind Audition stage on Sept. 26.

While performing "Tell Me Something Good" by Chaka Khan and Rufus, Cyrus and Hudson pressed the red button in front of them to turn their chairs.

"That was a great song choice and I think she chose it because she has soul and a big voice, just like Chaka," Hudson said after the performance, adding that she thought that Maharasyi was nervous while singing the song's end note.

"I've honestly never tried to hit it [the end note], because it's a scary note," Maharasyi replied.

"If you can think the note, you can hit the note," Hudson said in response, encouraging her to sing that part in a full voice, resulting in a rain of applause from the audience.

Meanwhile, Cyrus had a similar opinion. "I felt that [what] was holding you back in your performance was your nerves," she said. "The butterflies were making your voice flutter all over the place and not being as sturdy as you could've been. I want to have you believe in yourself as much as I believe in you."

In the end, Maharasyi chose Hudson as her coach, officially earning a spot on Team Jennifer. The Los Angeles-based singer later updated her Instagram account, using the hashtags #TeamJHud and #TeamMaha.

According to Antara news agency, Maharasyi often records covers before uploading them on her YouTube channel. Songs she has covered include "All of Me" by John Legend and "Love Me Like You Do" by Ellie Goulding.

Moreover, she is also the niece of Indonesian singer Emilia Contessa, according to kompas.com.