KUALA LUMPUR: It has not been an easy road towards pregnancy for Datuk Siti Nurhaliza Tarudin, said her husband Datuk Seri Khalid Mohamad Jiwa.

People had asked why they did not do anything about it since they could afford it but he said they had actually tried various methods for his wife to conceive since they married 11 years ago.

"Two years into our marriage, we tried everything.

In the conference that was broadcast live on the Facebook pages of various media agencies, Siti Nurhaliza, 38, announced that she was four months pregnant, ending speculation over her situation. 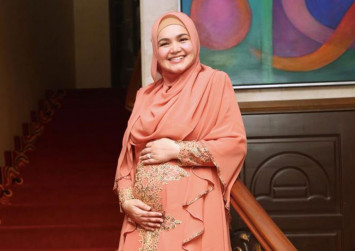 Siti Nurhaliza, who suffered a miscarriage two months into her pregnancy in 2015, was visibly happy and glowing.

The songstress finally became pregnant after undergoing a series of fertility treatments at a private medical centre. Khalid, 58, who is also known as Datuk K, said Siti Nurhaliza had a lot of rest at home in her first trimester to prevent risks of another miscarriage.

She had to be carried every time she wanted to move to and from the upper floor of their home, he added.

"I even carried her downstairs. It's difficult for her to walk.

"It's to that extent. Alhamdulillah, only in her fourth month of pregnancy was she able to walk properly," he said.

Datuk K brushed off speculation that his motorcycle accident in New Zealand five years ago had affected his potency.

In fact, he said he had a healthy sperm count because he adopted a healthy diet and had been exercising a lot after the accident. 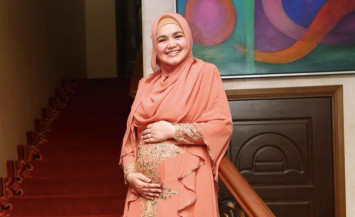 "My doctor said I should have as much rest as possible. Even if I could travel anywhere, I would not want to," she said, adding that she hoped people would understand if she turned down their invitations.

Asked about the baby's gender, Siti merely smiled. Datuk K, however, had said in his speech that he hoped their baby would become a good muslimah, suggesting that the child would be a girl.

If indeed a girl, this would be Datuk K's first daughter as he has four sons from his previous marriage.