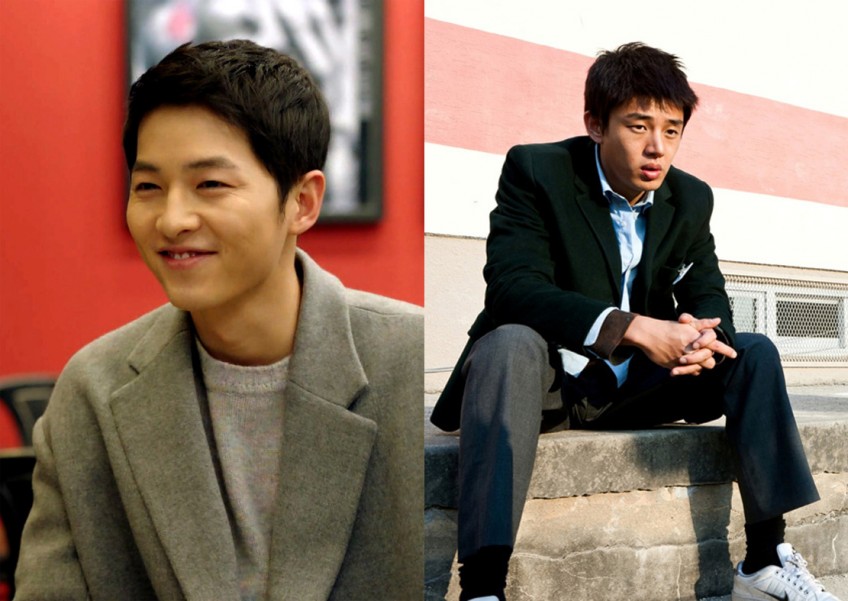 Song Joong-ki (left) and Yoo Ah-in (right) have both been nominated in the same category for Best Male Actor in TV at the 52nd Baeksang Arts Awards.
Viu, Singtel

The 52nd Baeksang Arts Awards -- one of the biggest K-entertainment awards of the year -- is to be held June 3 evening and the associates of the event have announced the nominees for this year. Among the noteworthy competitors eyeing the prize, actors Yoo Ah-in and Song Joong-ki have both been nominated in the same category for Best Male Actor in TV.

Both actors have marked the first quarter of this year with their own acting assets in different projects. Yoo is nominated for his role as Prince Yi Bang-won in SBS' historical fiction "Six Flying Dragons" and Song for his heartthrob character Captain Yoo Shi-jin in KBS drama, "Descendants of the Sun."

Song and Yoo have a history of clinching Best Couple Award at 2010 KBS Drama Awards for their "bromance" in drama, "Sungkyunkwan Scandal."

The 52nd Baeksang Awards cohosted by JTBC and The Daily Sports will be held at 8:30 p.m. Korea Standard Time on June 3. The entire ceremony is scheduled to be streamed live simultaneously in China and Korea via cable channel JTBC and Chinese online streaming platform iQiyi.