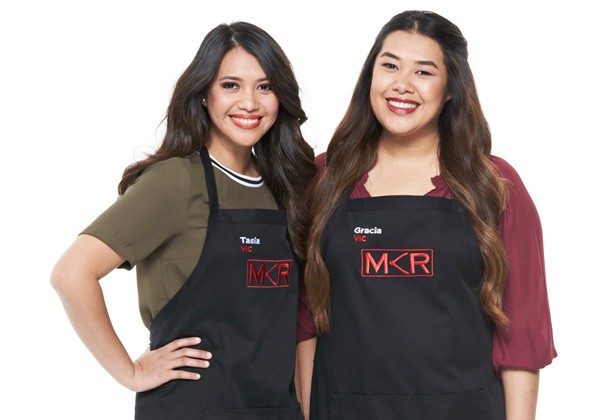 Indonesian siblings Tasia and Gracia Seger might be passionate about spicy food.

But that's not the only reason why they have been nicknamed the Spice Sisters on the seventh season of Australian reality TV cooking series My Kitchen Rules (MKR), where they have made it to the top 13.

"On a day to day basis, we fight a lot. Even outside the kitchen," Gracia, 25, told M last week when the duo were in town to promote MKR. The series airs at 9.25pm every Monday to Wednesday on DIVA (Singtel TV Ch 303/StarHub TV Ch 513).

She said: "People think we're fighting (in the kitchen), but we're communicating."

Born in Indonesia and brought up in Australia and India, they also have two older sisters and one younger sister.

The sisters seemed destined for the culinary industry at an early age.

Tasia, 27, said: "Growing up, food was a really important aspect in our family. Every celebration was a gathering for food."

They were gradually introduced to cooking when they helped their mother in the kitchen between the ages of nine and 12.

WORKING AS A TEAM

While growing up, they often discussed owning their own food business and they were eager to join MKR after watching the second season because they were drawn to the show's format of having contestants compete in pairs.

Tasia said: "With MKR, you're able to (compete) with a team member. It gives you support and comfort. In other cooking shows, you have to do it alone."

The sisters auditioned for this latest season after graduating from the University of Melbourne and they realised that focusing on Asian cuisine helped them stand out among other contestants.

But it has triggered negative reactions as well.

"A lot of people have commented on the fact that we just cook Asian food and don't think out of the box," said Tasia.

"But I don't think they realise that Asia is a continent. They don't really understand that it's not a (single) cuisine."

The desire to highlight the diversity of Asian cuisine was an additional motivator in their love for Asian fusion food.

Gracia said: "I think that's what we'll want to do (after the show) as well - redefining Asian food (in a way that's) not just by its country."

This article was first published on June 29, 2016.
Get The New Paper for more stories.