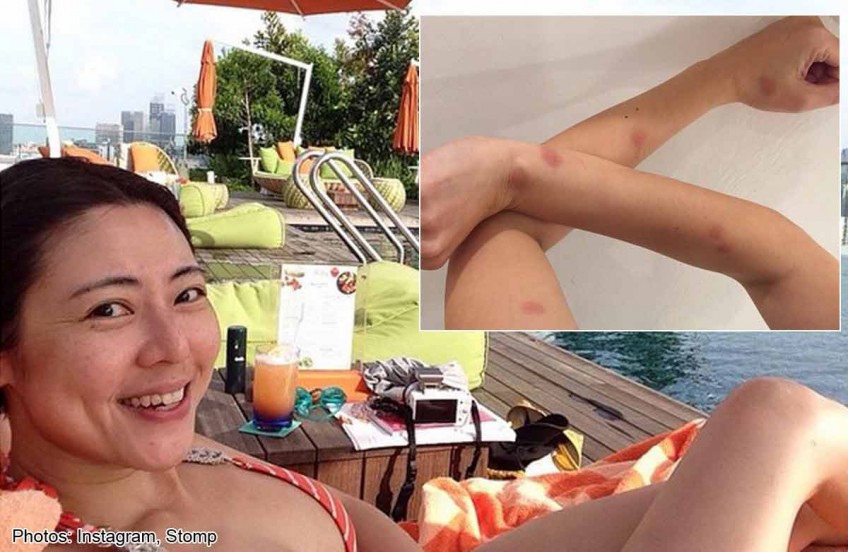 On Dec 9, MediaCorp actress Cynthia Koh posted a picture on Instagram, stating that she was on a "paycation" at Hotel Jen Orchardgateway Singapore.

It all seemed good at first.

However six days later, the 40-year-old actress claimed that she had received bed bug bites and was unhappy with the staff's handling of the incident.

She posted a picture of her arms covered in alleged bed bug bites.

And she posted the reply she got from the hotel, which she described as "such a bad reply".

We wonder when she will use her complimentary nights.

Koh told The New Paper: "To all my friends, long-time fans, followers. A big thank you for your love, care and concern over the recent episode.

"2015 is coming ... And I would like to put all my energy and focus on the greater things that is awaiting for us all in the brand new year. More paycations, staycations, travels and holidays...... #travelforaliving #traveling #singapore #jetsetter."

This article was first published on Dec 19, 2014.
Get The New Paper for more stories.