Star Awards host Pornsak throws shade at Rui En: "Do you know who I am?" 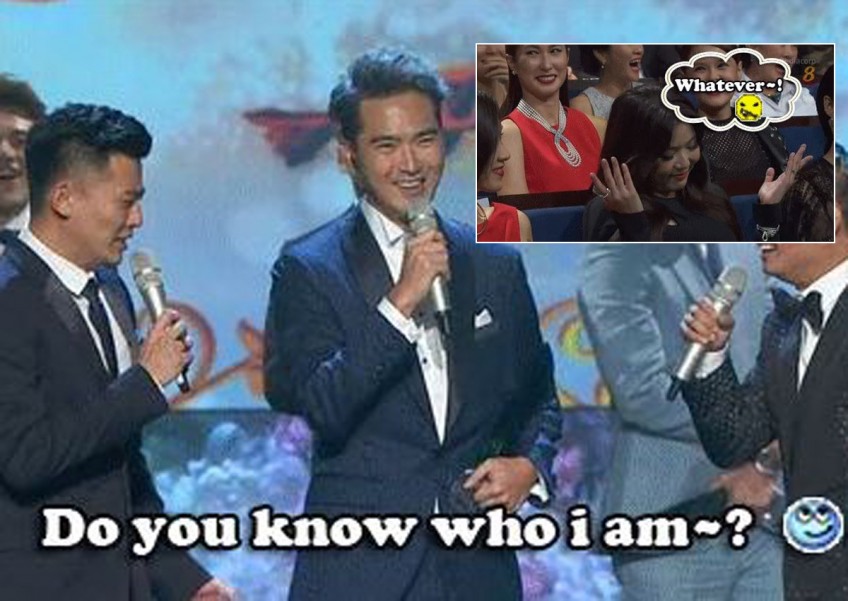 Be careful what you say in haste or your words could come back to bite you.

Someone should have repeatedly said that to local artiste Rui En before her recent carpark gaffe because the 35-year-old became a victim of her own words at the Star Awards Part 2 on Sunday night (April 25).

The 35-year-old actress, who sat in the audience, was called out by her showbiz colleague, Pornsak, who poked fun at the now infamous one-liner she dropped after she crashed into a motorcycle in a Clementi Avenue 2 carpark on April 14: "Do you know who I am?"

Pornsak, 34, who is a Thai television host, was closing the show for the night, but not before he mimicked Rui En and said: "If you loved me, why didn’t you vote for me? Do you know who I am?"

Honestly, if you don't know who Rui En is by now, where have you been?

When Pornsak was done with the deed, the actress merely looked down and smiled, raising her hands in the air in defeat.

Another online user on HardwareZone's forum page however, found what Pornsak did disappointing. Pornsak did not manage to make it as one of the Top 10 Most Popular Male Artistes nor did he clinch any other award.

Rui En, on the other hand, clinched the All-Time Favourite Artiste Award along with actor Qi Yuwu.