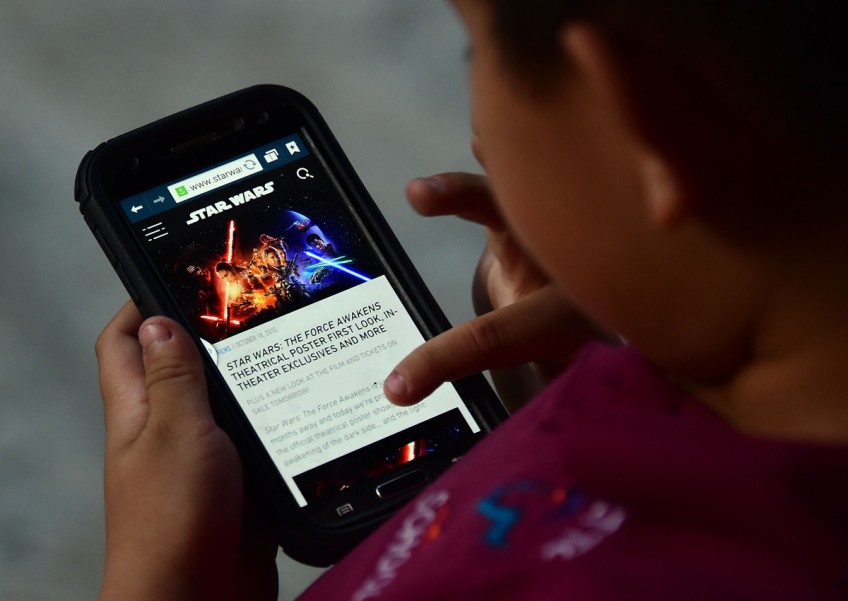 LOS ANGELES - The Force is calling to moviegoers, and they are eager to let it in.

Star Wars mania reached a new high on Monday as fans overwhelmed cinema websites selling advance tickets for the next instalment in the blockbuster intergalactic saga, and the new trailer for the film instantly went viral.

The huge demand from keen fans in the United States and Britain seeking to secure their seats for the first screenings of The Force Awakens - which hits US screens on Dec 18 and Singapore's on Dec 17 - led to site crashes and loading issues.

"Certain cinemas are being overwhelmed with requests," said Odeon, a leading cinema chain in Britain. "We're trying to fix the problem as quickly as possible. Please bear with us as we summon the Force."

Vue Cinemas in Britain said Jedi fans snapped up 10,000 tickets in the first 90 minutes of tickets going on sale.

Star Wars: Episode VII - The Force Awakens is one of the most eagerly awaited films of the year, and the first in the series in a decade. The first Star Wars film was released in 1977.

The trailer, which premiered on Monday, quickly attracted more than 17,000 tweets per minute, according to Twitter, and was viewed on YouTube more than 220,000 times within the first 20 minutes.

The preview - which runs for about 21/2 minutes - features black-clad villain Kylo Ren (Adam Driver) looking at a crushed mask of Darth Vader and vowing: "Nothing will stand in our way. I will finish what you started."

A damaged Tie-Fighter spins through space. The Millennium Falcon and X-Wing Fighters zoom through the air. Epic battle scenes erupt on a desert planet and over snowy mountains.

The trailer ends with a female voice - possibly Princess Leia's (Carrie Fisher's), who appears for the first time in this preview - saying, "The Force - it's calling to you. Just let it in."

The Force Awakens takes place 30 years after Return Of The Jedi.

Beloved droids C-3PO and R2-D2 will be back, as will Chewbacca, Han Solo's co-pilot.

The absence of Skywalker from the movie's poster has fuelled speculation as to what role he will play in the new movie. Many on Twitter suggested on Monday that he is the cloaked figure with a robotic hand touching R2-D2 in the trailer.

Analysts expect Star Wars merchandise sales to reach up to US$5 billion (S$6.9 billion) this year.