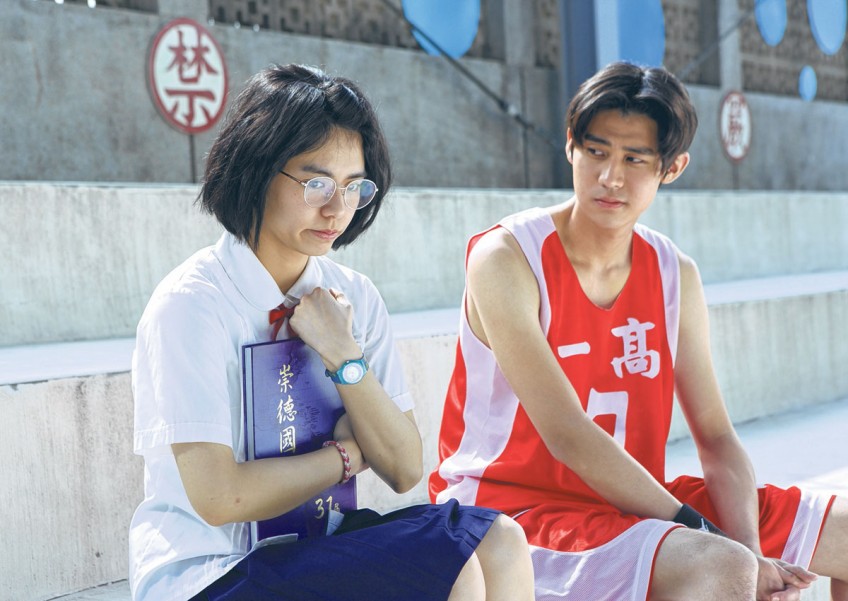 The story: Truly (Vivian Sung) is a Plain Jane high school student who has to do the bidding of troublemaker Hsu Tai-yu (Darren Wang). They eventually become friends and she helps him woo the popular Minmin (Dewi Chien), while he nudges her in the direction of dreamy basketball player Ouyang Extraordinary (Dino Lee).

Think of this as the 2011 hit You Are The Apple Of My Eye, seen from the perspective of a girl.

In the feature directorial debut of Frankie Chen, the protagonist is now a female student and events unfold from Truly's perspective, whereas You Are The Apple Of My Eye's point of view was that of Kai Ko's mischievous character, Ko Ching-teng.

But both movies revolve around young love set in a high school, feature an appealing fresh-faced cast, and found favour at the box office.

Our Times is the highest-grossing Taiwanese film on home ground thus far this year, with takings of NT$400million (S$17.1 million).

So what if Our Times does not reinvent the wheel? Sometimes, you just need to execute well what is tried-and-tested.

Indeed, Our Times is very much aware that it is tapping into an evergreen set-up. The characters are introduced as the dreamboat every school has, the bad boy that is always present and the school belle every boy dreams of dating.

As for the lead character, at 18, Truly is awkward and clumsy, but not to worry, she gets to have her makeover moment. Sung (Cafe. Waiting. Love, 2014) makes her real and likeable, from her Andy Lau crush to her innate decency as a person.

Just as You Are The Apple Of My Eye turned Ko into a star, Our Times is model-actor Wang's moment. He gets to be the tall and handsome (as described by Truly when cornered) bad boy whose defiant antics hide a painful past.

What starts out as a reluctant association between Truly and Hsu turns into a deeper friendship and their feelings are tested when they have to cheer each other on for someone else. Well, the device worked in Some Kind Of Wonderful (1987) and it still works here as the characters find themselves tongue-tied in the face of their true feelings.

The film stumbles a little at the end, though, with a distracting high-profile cameo and different actors playing the grown-up characters, as it takes viewers out of a carefully constructed world that is funny, charming and moving in its exploration of first love, heartache and friendship.