Stuck at home? 12 films about self-isolation for chills and laughs 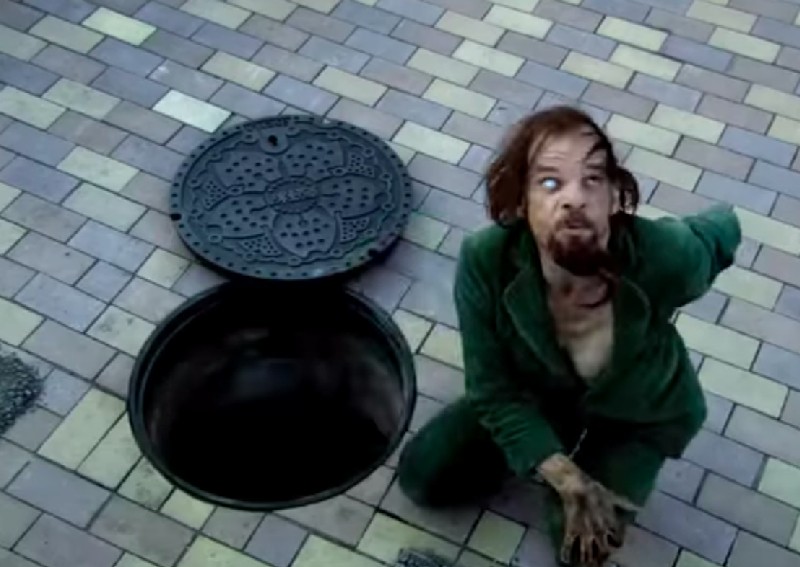 From the frustrated voyeurism of Alfred Hitchcock's Rear Window (1954) to the sub-zero paranoia of John Carpenter's The Thing (1982), filmmakers have frequently shuttered us away from society to explore the tedium and dangers of self-isolation.

Too often, however, your sanctuary must become a fortress, whether to fend off opportunistic burglars with Macaulay Culkin in Home Alone (1990), or nocturnal beasties with Will Smith in I am Legend (2007).

Without adequate provisions, it can even become a prison.

As families around the world are being forced into their homes, with precious little respite from one another, the temptation to channel Jack Nicholson in The Shining (1980) can become overwhelming.

The need to hunker down and turn to our screens for emotional support and welcome distraction has never been greater.

Here are 12 alternative tales of social distancing to keep your mind off the viral horrors that lurk outside.

Recoiling from the sexually liberated London of the swinging sixties, her character retreats into the confines of her cavernous flat, and from there becomes lost in the nightmares of her own tormented imagination.

Seijun Suzuki's notoriously wacky crime thriller stars the chipmunk-cheeked Joe Shishido as a high-ranking assassin, who botches a job, and finds himself the target of the elusive No 1 killer.

Visually inventive, narratively incomprehensible, yet endlessly entertaining, Branded to Kill is Suzuki's oddball masterpiece, as his hero takes refuge in a number of different flats and pulls off a series of audacious kills, all while sniffing boiled rice and seducing gorgeous dames.

Nicolas Roeg and Donald Cammell's psychedelic exploration of identity remains a counterculture classic and a defining example of the British gangster genre.

Fuelled by sex, drugs and rock 'n' roll, these two opposing representations of Sixties masculinity bleed into one another, until eventually, not even they can tell one another apart.

In one of the most extreme examples of social distancing ever committed to film, Bruce Dern leads a deep-space mission to save the last of Earth's decimated plant life.

When he receives orders to destroy the ship's giant geodesic domes and return home, he takes the future of the forests into his own hands.

Based on the tragic Sugamo child abandonment case, Hirokazu Koreeda's hard-hitting drama follows four siblings, aged between five and 12, as they struggle to fend for themselves after their mother abandons them.

Left in a small Tokyo flat with little money or food, their situation quickly deteriorates from desperate to tragic.

Yuya Yagira, then just 14 years old, became the youngest ever recipient of the best actor award at Cannes Film Festival for his performance.

Ashley Judd's lonely waitress hooks up with Michael Shannon's gulf war veteran, only to become infected by his paranoid delusions.

Believing the authorities are surveilling him, and that his blood has been contaminated with an invisible parasite, the pair barricade themselves inside her rundown motel room and steadily unravel.

A searing look at PTSD, addition, and grief, William Friedkin's adaptation of the Tracy Letts play is an unflinching masterpiece that helped put Shannon on the map.

Teruyuki Kagawa plays a shut-in, or hikikomori, who hasn't set foot outside in 10 years, and methodically hoards pizza boxes, toilet rolls and other trash.

When a female delivery girl (Yu Aoi) comes to his door, he is instantly smitten, especially after an earthquake causes her to faint right there in his living room.

A failed suicide attempt leaves Jung Jae-young's salaryman marooned on an island on the Han River, his efforts to survive riffing heavily on the Tom Hanks film Cast Away, in Lee Hae-jun's underrated comedy.

He is spotted by Jung Rye-won's equally unhinged shut-in.

She becomes obsessed with documenting the struggles of this "alien", ultimately becoming smitten with him, and is compelled to brave the outside world for the first time in years.

A scathing critique of censorship, isolationism, and fake news (before it was a thing) from director Yorgos Lanthimos, Dogtooth tells the surreal and darkly comic story of three teenage children who have never ventured beyond their back yard.

Forbidden by their overprotective parents, who create increasingly ludicrous lies to keep them confined, they exist within a twisted, absurd fantasy world.

But as they mature and become sexually inquisitive, this fragile construct threatens to come crashing down.

Japanese comedian Hitoshi Matsumoto writes, directs and stars in this absurd tale of a man who wakes up in a large white room, with no obvious way of escape.

A series of strangely shaped buttons on the walls reveal food, toys, and possibly the key to his freedom. All this is intercut with the story of a young luchador (wrestler) in small-town Mexico.

By turns silly, surreal, and ultimately existential, Symbol transforms isolation into a canvas for slapstick genius.

It doesn't take long before Kylie starts to believe her mother's persistent claims that the house is haunted, and luckily, her probation officer (Glen-Paul Waru) doubles as a paranormal investigator.

Funny, scary, and endlessly surprising, this is one film that really deserves to get out more.

Willem Dafoe and Robert Pattinson are both at the height of their deeply contrasting powers, as a couple of 19th century wickies (lighthouse keepers) confined to a remote lighthouse during a tumultuous storm, in Robert Eggers' nightmarish tale.

Shot in startling black-and-white and penned in the style of a Melvillian sea shanty, what begins as a simple story of jostling egos within claustrophobic lodgings spirals into a phantasmagorical fever dream of mermaids, seagulls, and bad liquor.