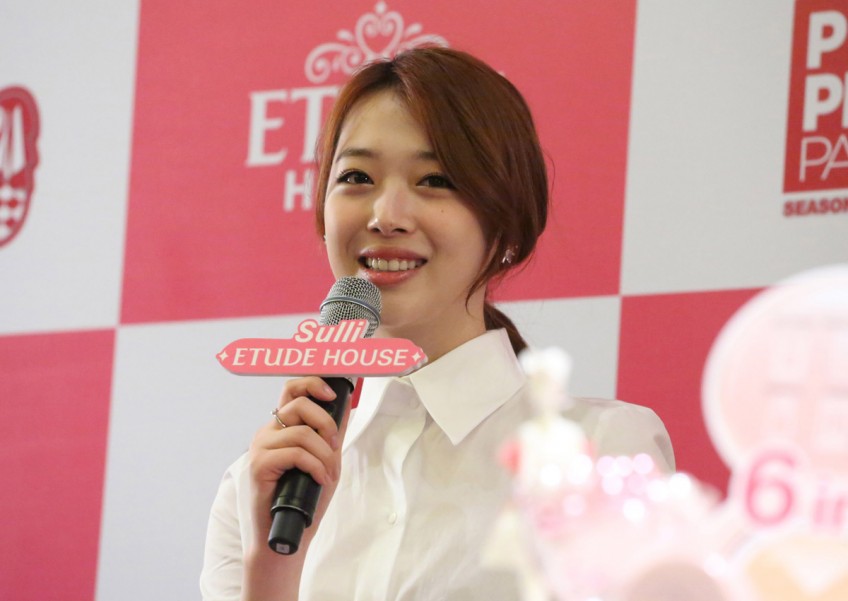 K-pop girl group member-turned-actress Sulli felt that the explicit sex scenes in the upcoming film "Real" were necessary to the story, she told reporters Monday.

"I don't think it was easy. It was a huge challenge for me, acting-wise and in other areas. It was hard and I had a lot of concerns but it was fun," said Sulli in a rare press interview at the press screening of "Real," held at CGV Wangsimni.

The 23-year-old former f(x) member makes her big screen debut alongside Kim Soo-hyun in the film, and engages in several nude sex scenes with the actor.

"I think I have a lot of ambition when it comes to acting. It grew when I was shooting this film. I felt something like a sense of achievement while acting."

"I don't know that I've ever wanted to achieve something like this before. That is how eager I am about acting."

On questions about her edgy social media posts, Sulli replied: "That is a personal matter. I don't think I should talk about it right now."