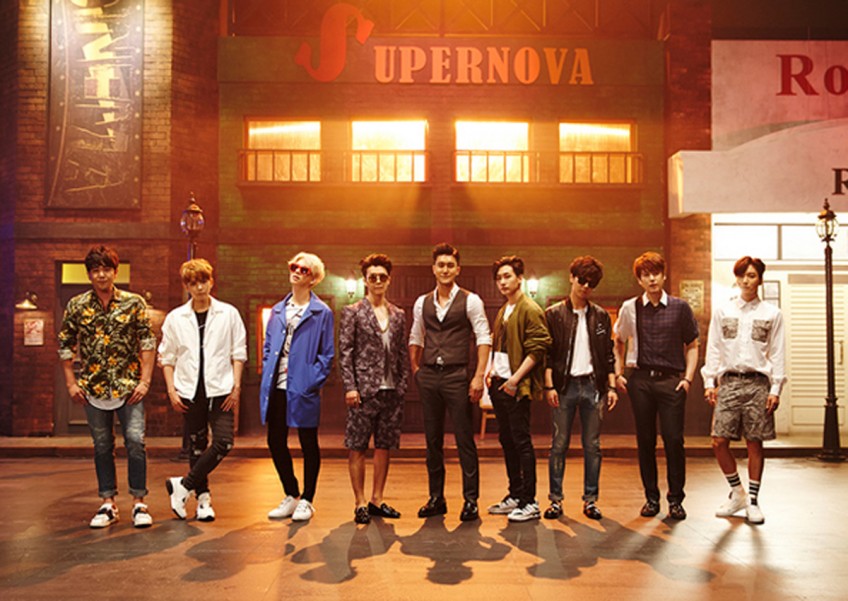 Celebrating its 12th anniversary, global K-pop act Super Junior is set to return to the spotlight on Nov. 6, according to its agency Label SJ.

The agency said Wednesday that Super Junior would release a new album that marks the first from the group since its albums "Devil" and "Magic" in 2015.

Super Junior also set a D-day countdown clock on its official website that shows the logo "SJ returns" with the number 40, the number of days left until its comeback.

After debuting in 2005, Super Junior rose to global fame with its smash hit "Sorry Sorry" in 2009.

Originally a 13-to 15-member group at its peak, only seven of the group's main members will participate in the upcoming album. Members Ryeowook and Kyuhyun are serving their military service, while Kangin and Sungmin are on a break.

Kangin was involved in drunk driving incidents, while fans had demanded that Sungmin leave the group as they had felt neglected by him after his marriage.