Taiwanese actress and model Tiffany Ann Hsu has apologised after becoming the latest celebrity from the self-ruled island to upset Chinese internet users by "liking" a social media post they found offensive.

"I just discovered I've made a very stupid mistake … I'm sorry," the 34-year-old said in a statement published on Thursday on Weibo, China's Twitter-like service.

The apology came after the actress, who has a Taiwanese mother and an American father, on Tuesday liked an Instagram post that contained the word "a-lak-a", a derogatory term for mainland Chinese in the Hokkien dialect, which is spoken in Taiwan and southeast China's Fujian province, state broadcaster CCTV reported.

The original message, published by a Taiwanese travelling in Japan, said: "Oshino Hakkai, a place bursting at the seams with 'a-lak-a'. At this moment, our patriotism was at its highest. We're from Taiwan Taiwan." 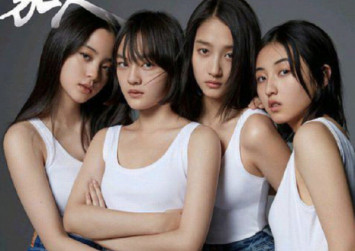 The post has since been deleted, according to Taiwanese media company NowNews.com.

The incident came to light on Wednesday evening when Weibo users shared screen captures of the offending post.

"Don't insult us as 'a-lak-a' at the same time making money from the place you don't like. Go back to Taiwan," one person wrote.

Another appealed to people to be less judgmental after the actress had apologised. 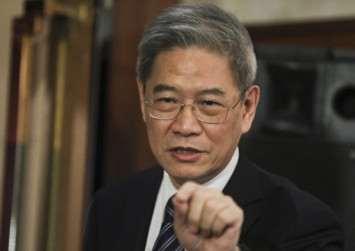 Time will tell if the row harms Hsu's social media profile or professional reputation, but Taiwan's China Times newspaper reported on Thursday that she had already lost her job in an upcoming film to be shot on the mainland.

In a possible attempt to appease her critics, the CCTV report said that Hsu had also sent a handwritten letter to the producers of its China Movie Report programme in which she said she did not support independence for Taiwan.

"There is only one China in this world. I do not support Taiwan independence. I hate separatism," the letter said.

It is not uncommon for Taiwanese entertainers to distance themselves from the independence debate as the mainland bans films and television shows starring known supporters of a breakaway.

Last month, 18-year-old Taiwanese singer Ouyang Nana issued a statement in which she said, "I am Chinese - I love my country", in an apparent bid to distance herself from comments made online by her father about Beijing's repeated threat to use force to reunify Taiwan.