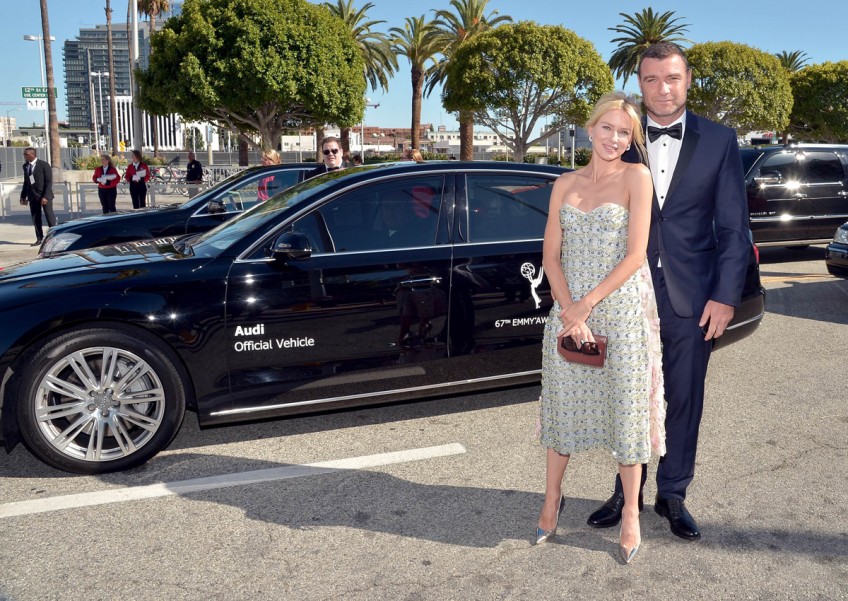 LOS ANGELES - The annual Emmy Awards show got under way in Los Angeles on Sunday, with "Mad Men" and "Game of Thrones" among the many shows vying for glory, and many records possible on several fronts.

Hollywood's A-list - from "Mad Men" star Jon Hamm to Lady Gaga, who will star in the upcoming "American Horror Story: Hotel - strutted down the red carpet in scorching heat, with several blotting the sweat off their faces.

Host Andy Samberg kicked off the 67th Emmys with a musical video skit about the wealth of quality television now on offer, featuring several other stars like Hamm and Kerry Washington, the star of "Scandal." Samberg - the star of Fox's sitcom "Brooklyn Nine-Nine" and a former cast member of US comedy show "Saturday Night Live" - then hailed this year's show for recognising diversity.

"This is the most diverse group of nominees in Emmy history," he said, adding: "So congratulations Hollywood, you did it. Yeah, racism is over." The biggest suspense at this year's three-hour ceremony is whether Hamm will finally go home with a statuette for best actor in a drama.

Industry watchers predict Hamm - whose portrayal of the dashing but troubled Draper has defined AMC's classic show about the advertising industry in 1960s New York and earned him eight nomination - will take home the trophy.

This year's ceremony could be the first time a black actress wins in the top drama category.

Viola Davis is vying for best lead actress in a drama for ABC's "How to Get Away with Murder" and Taraji P. Henson for Fox's music melodrama "Empire".

"Cookie represents the American dream," said Henson, as she arrived for the ceremony in a sleek black Alexander Wang dress, referring to her character in the series. "She came from nothing and built an empire."