Amid the ongoing Burning Sun scandal, text messages exchanged between K-pop star Seungri and related officials implicating him in sex bribery and collusion with police have been reported to the Anti-Corruption and Civil Rights Commission, police said Tuesday.

The messages were reportedly exchanged in a KakaoTalk chatroom with Seungri, the head of Yuri Holdings and a number of celebrities.

The latest evidence, if confirmed to be true, would place Seungri in a highly contentious position.

Seungri has denied suspicions raised against him involving sex trade and police bribery, and argued he was not aware of sexual assault, rape and drug use at the nightclub.

"We have asked for the agency's co-operation and for the documents to be transferred. The agency is expected to review whether to hand over the evidence," police said. 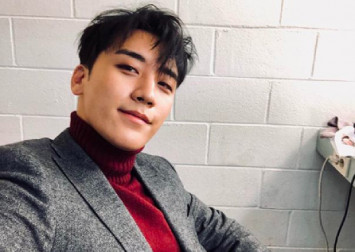 According to latest revelation from SBS, a whistleblower reported evidence indicating Seungri's sex bribery to a potential investor in December 2015 in addition to text messages suggesting the singer held corrupt ties with district police.

A revelation that alleges Seungri and his co-workers had procured prostitutes for two acquaintances of a potential investor in 2015 put the spotlight on Seungri, who had previously denied involvement in the improper operations of Burning Sun.

The SBS report added that the whistleblower took the evidence to the Anti-Corruption and Civil Rights Commission rather than police, due to content in the messages that hinted at collusive ties with police.

"We are unable to confirm whether such information has been submitted due to the law on whistleblower protection," the anti-corruption agency said.

With the police investigation narrowing, Seungri has appointed police officer-turned-lawyer Son Byung-ho as his attorney.