These Korean celebs had their university degrees cancelled

After CNBLUE's Jung Yonghwa was suspected to have received preferential treatment for his admission into a Master's programme at Kyunghee University, the Ministry of Education started looking into other universities who might have pulled the same stunt.

According to My Daily, a meeting was held to discuss whether preferential treatment had been given to students who enrolled in Dongshin University and Busan Kyungsang University.

The celebrities were said to have been awarded degree certificates even though they missed classes. Students must meet the minimum attendance criteria to be awarded a degree.

Ga Yeoul even served as an adjunct professor for the Department of Applied Music despite not having the required qualifications and was also attending a course in the Department of Broadcasting and Entertainment as an undergraduate. Due to the overlap in his lessons as an adjunct professor and a student, he wasn't able to attend all his undergraduate lessons. 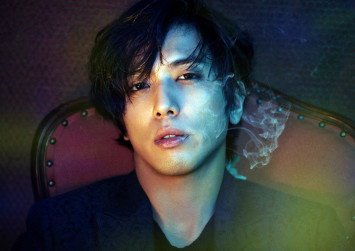 An official from Dongshin University said, "We granted credit and degree in accordance with school rules and regulations, but we acknowledge that there are some deficiencies in regulations."

He added, "We will review the measures to protect graduates who received credits and degrees (based on the regulations) to protect them as much as possible." The school is also looking to review their regulations.