They turned down their chance at K-pop fame 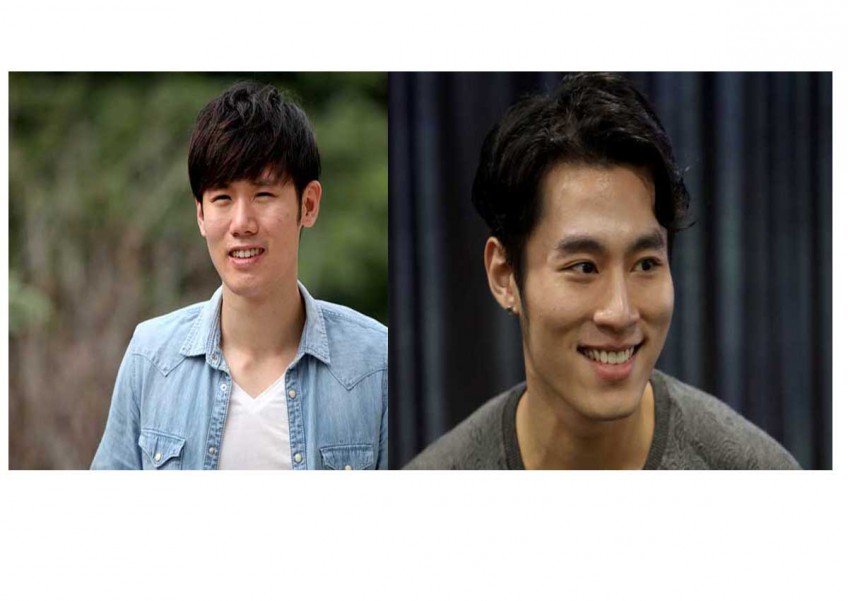 As wannabes sign up for Big Boss Entertainment's K-pop boot camp for a shot at stardom, two aspiring singers here have given up their chance at fame.

But record label Ocean Butterflies confirmed that both 22-year-olds rejected the contracts.

The contract required an eight-year commitment to Super Idol and they had to be based largely in China to film a TV show capturing their training.

Mr See declined to share why he turned down the contract, saying it was "too personal".

However, the National University of Singapore student who is studying statistics, revealed that his parents helped with his decision.

"They were supportive, but being supportive also means being objective and evaluating the possibilities for my future, (taking into account factors) like stability, security, passion, living a good or happy life," he explained.

Mr See said: "I want to finish my studies because I do not like to stop things I start halfway.

"To be a star is one thing... I still have a desire to focus on honing my craft, be it singing, performing, songwriting or acting."

"Initially, I thought if I really did make it past the auditions, I'd just need to participate in the TV filming during my (school) holidays and that at most, the whole project would be a two- to three-year commitment," he told TNP.

"When I realised I had to commit for so long (eight years), I started to waver.

"In the end, while I'm upset that I had to decline this opportunity, it is the right choice to make as I am on a Singapore Government scholarship. It is a matter of principle that I work in the government sector after I graduate from Nafa next year."

When told about Big Boss Entertainment's K-pop boot camp and its hefty sign-up fee, both said it was "very expensive".

The Super Idol auditions were free.

Said Mr See: "It is a good thing that parents are supportive of their children's hobbies. I feel that these children should do their best in achieving their dreams and do their parents proud.

"That said, we must face the reality that nothing comes easy. We should always stay grounded and put in hard work, which is a necessity for success."

Mr Shao agreed: "The kids at the boot camp might not become stars, but it is the journey that is most important. They will learn how to be more confident, how to present themselves, and all these skills will come in handy when they go out to work."