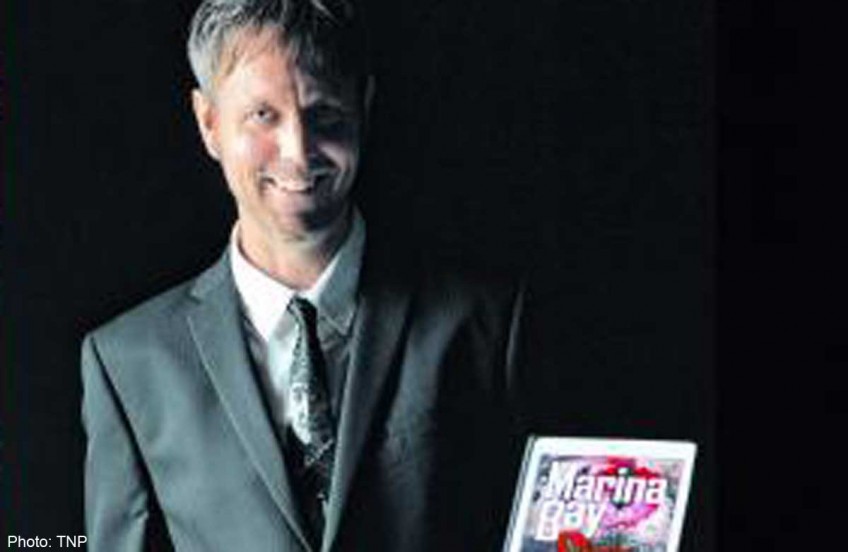 MAKING WAVES: Humphreys' Marina Bay Sins revolves around the murder-suicide of a businessman and the cop who tries to crack the case.

What Agatha Christie did for The Orient Express, Neil Humphreys could do for Marina Bay Sands (MBS).

The thriller revolves around the murder-suicide of an Indonesian businessman in a plush suite and the difficult, if brilliant, policeman who attempts to crack the case.

Humphreys' book features every stratum of society and delves into the gambling culture.

The investigation involves loan sharks, pimps, a singer and a self-help-guru husband. Some of the characters have been inspired by local headlines.

The 40-year-old's book is not available in Singapore yet but has already seen some success since it was launched on Apple iBooks last month.

Marina Bay Sins was picked to be a part of iBooks' First In A Series promotion, which then saw it become a book of the month.

Said Humphreys: "This is the first time a Singaporean title has been selected for such a series.

"I'm proud as an author in Singapore to see my novel hit the Top 20 charts in Australia and the United Kingdom."

He added that his latest book's international success caught him off guard.

On its popularity overseas, the author said: "People are intrigued by this sexy city. It is hip to be in Singapore.

"Ang mohs can't seem to get enough of it."

For those who prefer to flip pages rather than swipe screens, it is currently available only as an e-book but will soon be released in print.

"The physical copy of the book will be available by the first quarter of the year," he said.