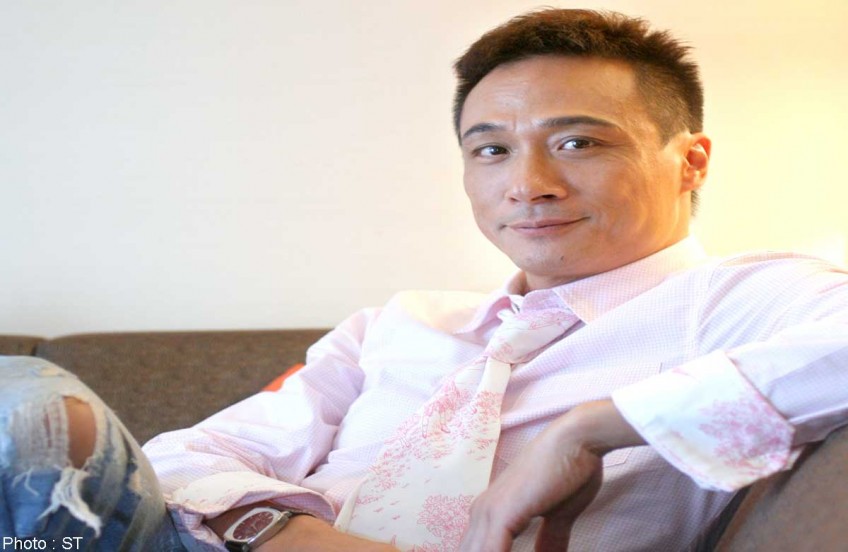 Hong Kong actor Francis Ng displayed his soft side when his five-year-old son Feynman hurt himself in the reality show Where Are You Going, Dad?

Hong Kong - Hong Kong actor Francis Ng is winning over Chinese viewers as a tough dad with a soft side with his appearance in reality television show Where Are We Going, Dad? with his son, Feynman, says Ming Pao Daily News.

The 52-year-old Golden Horse winner and his five-year-old have become the most high-profile pair in the second season of the Hunan TV hit, which propelled Taiwanese actor Jimmy Lin, dad of tyke Kimi, to another round of popularity in its first season last year.

Since the debut of the second season last month, Ng has stood out from other celebrity dads such as Malaysian singer Gary Chaw and Chinese actor Lu Yi with his strict parenting style, said the newspaper yesterday.

But Ng also has a tender side, which was on show in the latest episode last Friday, after a playful Feynman fell into the water while trying to climb out of a boat and sustained a wound near his eye, said the daily.

When told of the accident, the actor said: "I knew this would happen, let him fall."

Hurrying to his son, he still spoke like a disciplinarian, saying he wanted his son to face the accident on his own and remember it. But later, the actor appeared distressed as he put ointment on his son.

A touching scene followed, as father and son cried and hugged, said the newspaper.

Many Chinese netizens reported that they were moved to tears too, said the daily.

Ng also wrote on Weibo that "when a child has an accident, it's most painful for the parents".

He is married to former Singaporean actress Ong Lay Pheng.