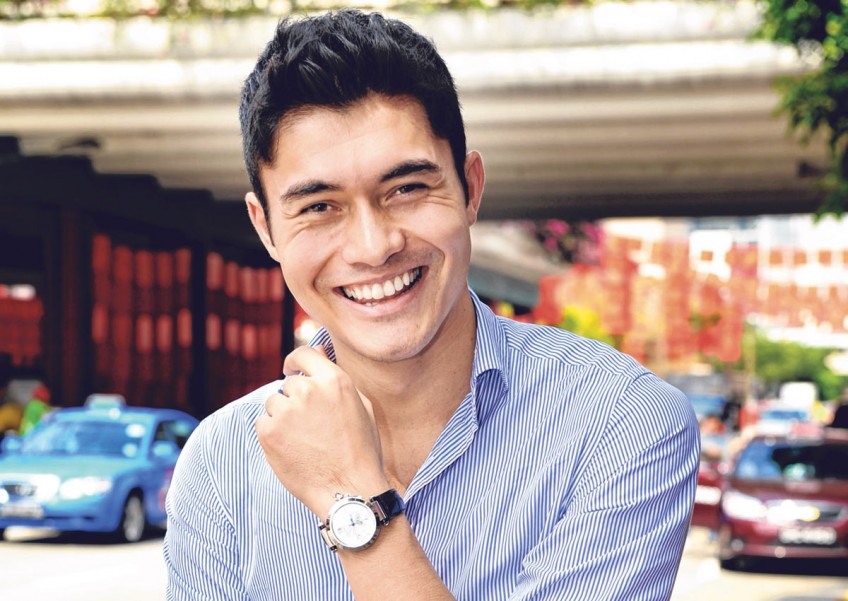 Singapore-based host-presenter Henry Golding (left) has landed the lead role in the upcoming big- screen adaptation of Crazy Rich Asians, according to an exclusive report by The Hollywood Reporter.

He will play the extremely eligible bachelor Nick Young in the film based on Singapore-born Kevin Kwan's 2013 best-selling novel about wealthy families living in Singapore.

Golding, 30, is represented by management company Fly Entertainment and, according to his profile on its website, his father is from England and his mother is from the Iban tribe in Sarawak.

He grew up in Britain and relocated from London to Asia in 2008.

The hairstylist-turned-television host got his break on ESPN hosting a weekly football show. His credits include presenting the ongoing BBC series, The Travel Show.

American actress Constance Wu from the sitcom Fresh Off The Boat (2015-present) had been previously tipped to play his American-born Chinese girlfriend Rachel, who unknowingly walks into a nest of vipers when she accompanies him back to Singapore for his best friend's wedding.