US actor Dustin Hoffman was treated for cancer 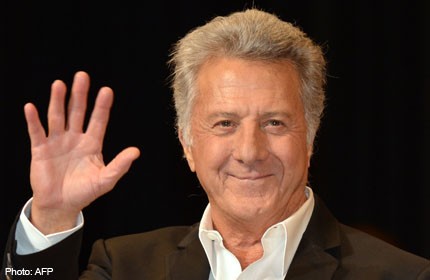 LOS ANGELES, California - United States (US) actor Dustin Hoffman, 75, has undergone successful treatment for cancer, his spokesman said on Tuesday, without specifying the details of the disease.

The cancer "was detected early and he has been surgically cured," spokesman Judy Gottlieb told People magazine.

"Dustin is feeling great and is in good health," she added, later confirming the information to AFP.

Hoffman, a two-time Best Actor Oscar winner for Rain Man in 1988 and Kramer Versus Kramer in 1979, will continue with preventative measures to avoid a recurrence, the spokesman added.

She did not specify what type of cancer he had or which hospital he was treated in.

Hoffman made his debut behind the camera last year with the film Quartet, a comedy about a group of retired musicians.

The legendary actor has starred in dozens of movies, including Midnight Cowboy, Little Big Man, All the President's Men, Marathon Man, and Tootsie. He currently filming Chef, directed by Jon Favreau, and co-starring Robert Downey Jr and Scarlett Johansson.