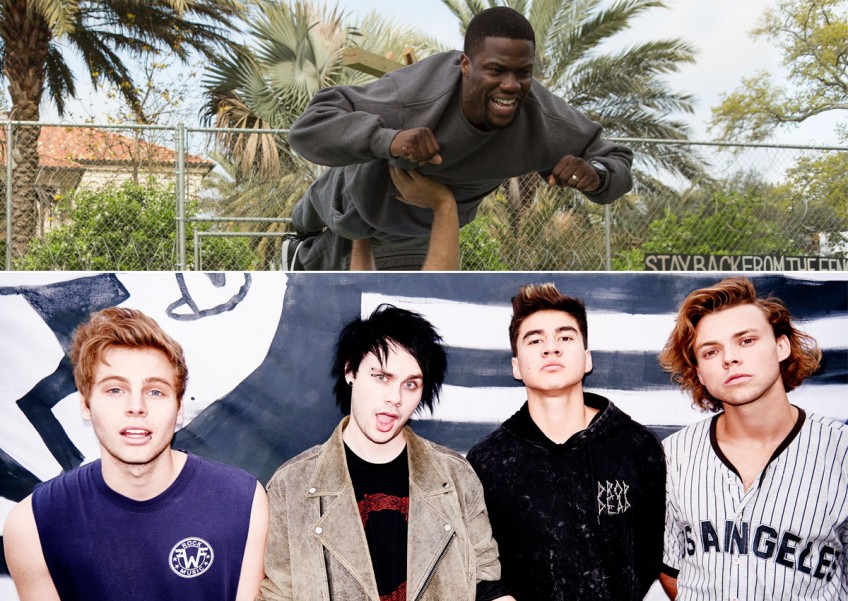 SINGAPORE - The local entertainment calendar for 2016 is taking shape as international artists and comedians make their way to sunny Singapore.

US comedian Kevin Hart and Australian pop/rock band, 5 Seconds of Summer, will be performing live in Singapore for the very first time come Feb and Mar 2016 respectively.

The American comedian, who is best known for his performances on television show Saturday Night Live, will be bringing his sold-out WHAT NOW? TOUR to Singapore - the only stop in Asia.

Recently, Kevin Hart has also starred with David Beckham in the H&M Autumn 2015 marketing campaign. The versatile comedian is also an actor and producer - having major roles in Screen Gem's The Wedding Ringer and Get Hard, opposite Will Farrell, and will also appear in the action comedy Central Intelligence, opposite Dwayne Johnson.

The four-man band hailing from Sydney, 5 Seconds of Summer, will perform in Singapore on Mar 3, 2016 at The Star Theatre as part of their Sounds Live Feels Live tour.

Tickets to catch the teenage heartthrobs live will go on sale this Friday (Oct 23) via Sistic.