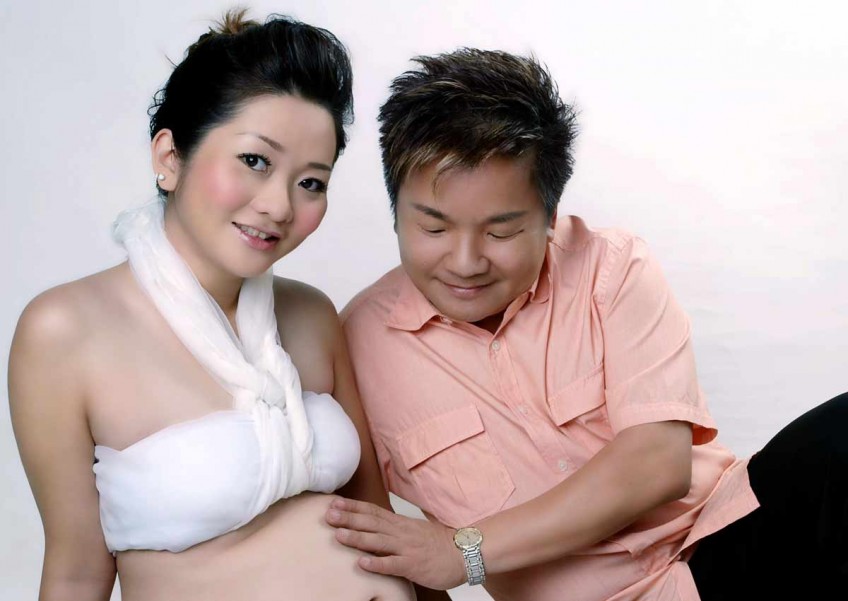 Local radio DJ, actor and getai veteran Marcus Chin (right) with his girlfriend, Eileen Cheah, who gave birth to the couple's first child in August 2010.
Courtesy of Marcus and Eileen

Singapore - For seeing someone more than 30 years younger, he has been called colloquially as the "old cow" feeding on fresh and tender grass.

Local veteran entertainer Marcus Chin came under fire for having an affair with his personal assistant Eileen Cheah back in 2009. He was 56 and she was 24. While going through a bitter fight against his estranged wife over her maintenance, Chin had to defend his actions against the public's mounting distaste towards him.

Now, 8 years on and a daughter later, the couple has broken up. Taking their daughter with her, Miss Cheah returned to Malaysia and married a local there. Even so, Marcus Chin has no regrets over his decisions on dating someone with an age difference of over 30 years. He believes that love transcends age, and that one does not have to conform to societal norms when it comes to matters of the heart.

"The Newsmaker"（封面人物） is one of 10 SPH-produced short form digital video series as part of a pilot Public Service Broadcast initiative. In this 13-part series, people who have made news headlines in the past share with the host Fred Lai (Content Producer, Chinese Media Group Digital) how the news events changed their lives and how they have been coping since then. All episodes come with English subtitles.

This series is also available on the zaobao.sg website and mobile app.