The Voice UK contestant grew up in Sarawak; inspired by local music

Claudillea Holloway blew viewers away when she first took the stage on reality singing series The Voice UK last month with her operatic vocals.

Coaches Olly Murs and Meghan Trainor lapped up her performance of the famous opera aria, Queen Of The Night Aria, during the blind auditions, turning their chairs around for her.

Holloway ended up choosing Trainor as her mentor.

In an email interview with StarLifestyle, the 24-year-old singer reveals she actually got her musical beginnings in Malaysia, spending 14 years here.

Holloway, who is of British and South African parentage, moved to Kuching, Sarawak, with her family when she was two.

"While living in Kuching, I made a lot of friends who were Kelabit. We would meet up every week to hang out and I remember there was an aunty who first introduced us to the (traditional lute instrument) sape, " she recalls being entrenched in Malaysia's diverse culture from a young age.

"We spent time with elders who taught us these beautiful stories passed down through songs."

Holloway adds she felt grateful to be taught to play the sape, an instrument once played by men only.

"I could not be more proud to have learned it. This had a huge influence on my love for music. I am very keen to incorporate it respectfully in future performances."

At 11, Holloway moved to Kuala Lumpur, where she discovered her love for classical music.

"We went to watch a concert at the Malaysian Philharmonic Orchestra, and I fell in love with classical music. I would beg my mother to take me there, " she remembers.

Read Also
Sorry, only Mandarin speakers can take part in The Voice Singapore 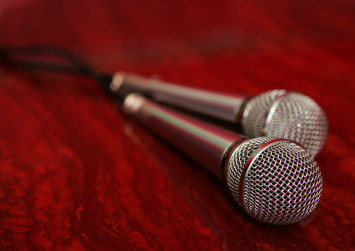 "I fell so in love with it, I decided I wanted to be an opera singer."

Studying at an international school in KL which offers a strong performing arts programme also gave her a chance to perform in front of a crowd regularly. She even sang for members of the royal family.

At 16, in a bid to pursue her dream of becoming an opera singer, Holloway left Malaysia to join a fine arts boarding school, Interlochen Arts Academy, in Michigan, United States.

She later furthered her studies at the Manhattan School of Music, majoring in classical voice.

In New York, Holloway managed to land a role on the Off-Broadway production, Whiskey Pants: The Mayor Of Williamsburg.

The singer looks back on her music journey so far. "It is a tough world out there as a musician. I have been juggling multiple jobs to pay the bills.

"These include teaching singing and piano, working at a cafe, and booking musicians for events."

With The Voice UK, Holloway might finally get her big break.

"The biggest thing I've learned from Meghan is to really own oneself on the stage, and to not be apologetic about it, " she talks about her experience working with her initial coach Trainor.

"Getting to know her, I've come to respect how much of an amazing songwriter and musician she is."

After making it past the blind auditions round and joining Trainor's team, Holloway hit a bump during her second performance on the show.

During the battles round - two members from the same team are pitted against each other, performing the same song, but their coach can pick only one of them to advance to the next round; Trainor picked another budding singer Blaize China over Holloway.

Just when she thought her journey on the show had come to an end, Holloway was saved from going home when another coach, singer will.i.am, used his "steal", which allows him to take a contestant who had just lost from another team to join his own. 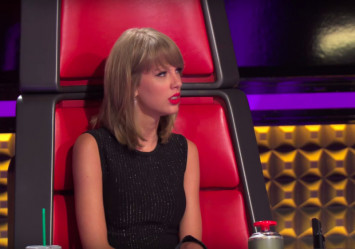 "I was so pumped with adrenaline and gratitude to have just performed with Blaize, that when Meghan chose Blaize, all I could feel was happy! Happy because Blaize is such an amazing woman, " she recounts the dramatic turn of events.

"The anxiety rose a little when the coaches were contemplating whether to steal. And then immediately, to my disbelief, Will used his only steal on me."

Holloway believes The Black Eyed Peas member can bring something new to her classical music background: "He's an amazing performer and music producer, so I am so excited to pick his brain on how to give operatic singing a contemporary spin!"

Next, the singer will compete in the knockouts round, where, again, she must out-sing her team members to advance to the live shows.

In the live shows, Holloway will give a series of live performances and the winner will be decided via public voting.

Holloway still travels to Malaysia at least once a year to visit her family and friends.