'We ended up scaring ourselves' 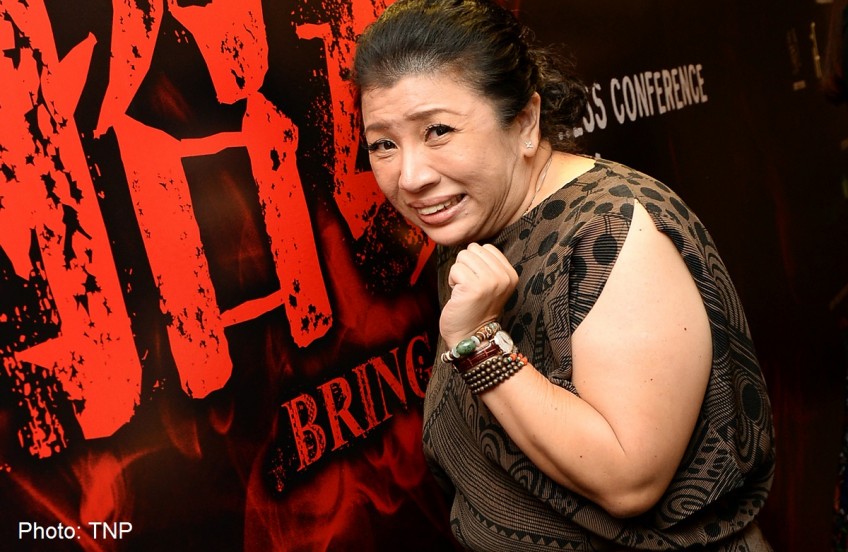 Bring Back The Dead is local getai performer Liu Ling Ling's first ghost flick and filming it was particularly gruelling for her because most of it had to be done at night.

For over a month, the mother of a 15-month-old boy would end work only at about 5am.

Then it was time to rush home to feed her baby.

Added Liu, 51: "The tough scenes in the movie were those where we had to act like there were ghosts around.

"We would have to start screaming wildly and sometimes we ended up scaring ourselves."

She plays Madam Seetoh, a confinement nanny whom Jesseca Liu's character asks to help bring back the soul of her dead son.

Liu said she has an acute sixth sense herself and can often detect whether the energy of a room is "harmonious".

She, like the younger Liu, has also experienced ghosts in real life.

"When I was filming in Malaysia, I once stayed alone in the hotel and I heard the sound of plastic bags rustling in the toilet when it was empty.

"I was really 'urgent' and had to use the loo so I went ahead and used it."

Now that she can cross ghost movies off her wishlist, what is the one role that still eludes her?

Said Liu: "I want to play a fat, old prostitute who has to earn a living the hard way because obviously she is not attractive... I think it would be a great challenge to portray such a marginalised character."

This article was first published on December 31, 2014.
Get The New Paper for more stories.