Welcome to a world where we are food 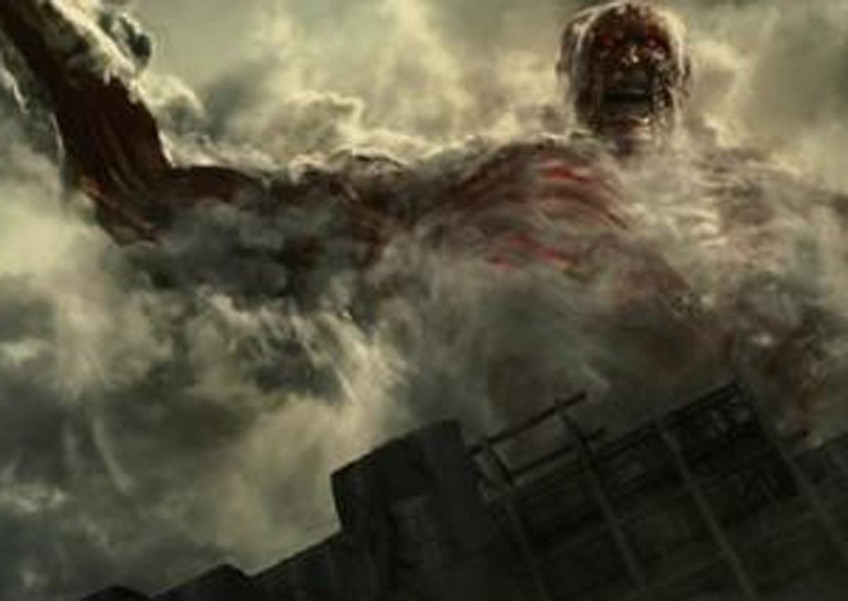 Humanity is threatened by giants called Titans which feed on human flesh. Teenager Eren Jeager (Haruma Miura) is determined to put an end to the Titan scourge.

If you have never heard of the hit Japanese manga and anime Attack On Titan this movie is based on, here is the gist of it: a hundred years ago, mankind was almost wiped out by the sudden appearance of the Titans, seemingly mindless colossal humanoid creatures that had only one thing in mind - to eat humans.

One century later, the remnants of humankind are living behind massive 50m walls that keep them safe from the mouths of the Titans roaming outside. But that fragile, caged peace changes when a colossal Titan emerges and destroys one of the walls, leading to a massacre of thousands.

Jaeger is one of those whose life is changed forever in that attack. After witnessing his mother get eaten by a Titan, he signs up for the elite Survey Corps five years later so he can fight the Titans.

If you have not guessed already, Attack On Titan does not have a very happy story.

The original manga by Hajime Isayama was a runaway hit, spawning an anime series. The Titans have made appearances in car commercials and a special comic crossover with Marvel's Avengers.

This live-action movie adaptation compiles 13 episodes of the anime series (about four hours worth of material) into a 11/2 hours of running time.

The movie is the first in a two-part series. Part 2 is slated to screen in Singapore on Sept 24.

Having read the manga, scenes look much better on screen with the movie. This was, to me, a great introduction to the anime of the series. The visuals are certainly an improvement over the manga, which can get a little rough round the edges.

The action sequences are also excellent, bringing perfectly to life the dynamic way the Survey Corps swing around the buildings and Titans.

Be warned, though, that there is a healthy amount of violence and gore in the movie. It is not overly graphic, but the scenes of Titans chomping on humans are clear enough to make you wince in horror.

As with most anime with tragic stories, you also get a fair share of emotional drama and tear-stained flashbacks (though by all accounts, the pacing of the movie is a lot better than the anime series).

With the manga and anime still ongoing, you can expect a few more compilation movies such as this in the future.

With the story getting more complicated, more action-packed and even resembling a Japanese version of Game Of Thrones at one point (with a lot more human-eating Titans, of course), it should be interesting to see everything unfold on the big screen.

As it is, Attack On Titan is a fitting appetiser that points toward a much meatier main course.