When K-pop fans spread misinformation to defend their idols

Whether they are supporting a political viewpoint or defending their favourite acts on social media, K-pop fans increasingly quote “alternative facts” to defend their heroes.

A recent instance of this began on Aug 12, when a former member of boy band BigBang, Seungri, was sentenced to three years in prison for a series of crimes, including arranging prostitution for potential business investors.

“It is hard to see the defendant was not aware of financial payments paid to the women for sex. It appears that he carried out systematic sexual prostitution,” said judge Hwang Min-je in pronouncing Seungri’s guilt.

Immediately after the sentencing, social media was full of posts claiming Seungri was a victim of injustice and seeking to undermine the case against him. Many supporters, largely non-Korean fans of Seungri, began to use four-leaf clover emojis to wish him good luck, while also sharing posts declaring his innocence and claiming the court proceedings were falsified.

To them, Seungri was the scapegoat for the crimes of others. His prosecution is part of a series of interrelated cases surrounding alleged crimes linked to the Burning Sun nightclub in Seoul. He is the latest of several individuals to have faced court in relation to them.

A few days after Seungri’s sentencing, fans of another K-pop singer, Soojin, were also claiming her innocence when she left girl group (G)I-dle having faced months of allegations she was a bully in middle school. Some fans targeted an actress, a former classmate of Soojin’s who had publicly raised accusations against the K-pop star, flooding her YouTube channel with vitriol.

This denial of facts by fans is not a surprise, says Dr Crystal Abidin, a sociocultural anthropologist at Curtin University in Perth, Australia, who studies the way fans engage with social media and the stars they support.

A mass defence of their favourite stars is not uncommon among K-pop fans when an idol they support is accused of, or has to face the consequences for, alleged wrongdoing.

From Crystal’s perspective, the backlash against Seungri’s sentencing has come from fans who in recent years have harboured doubts about the Korean legal system and the media coverage of certain controversial criminal cases involving hidden spy-camera pornography and sexual slave trade rings. 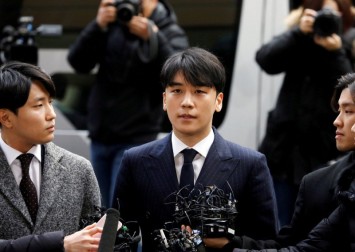 “Fans come from all walks of life. They carry that mistrust with them and wonder whether these proceedings have value and whether they’re to be believed,” she says.

“On social media, things move really fast and the Burning Sun scandal feels like a really long time ago, so your interest and attention wanes. This is what makes gatekeepers or superfans really important, especially those who translate Korean news media into [other] languages.”

Whether fans are picking apart media portrayals, alleging mistranslation, or just sharing denials, misinformation and disinformation about K-pop scandals are not uncommon.

In general, there has been a growth in misinformation online in the past few years, as more internet users express a lack of confidence in platforms, governments and information sources – and K-pop fan spaces are not immune to this.

“There has always been a lot of inaccurate information circulating in conspiracy theories, [such as] people trying to make a competitor or an opposing K-pop group look bad, and also to breed mistrust of the media,” Crystal says.

The integrity of weekly music broadcasts and competition reality-TV shows is also a point of contention, one that was highlighted after the popular Produce series was determined to have been rigged by Korean music producers and entertainment companies .

“Given the general climate, there have always been forms of misinformation from fans either to protect their idols, to sabotage others, or just a general mistrust towards the media industry as a whole, especially in East Asia where big companies and states have control over media enterprises,” says Crystal.

Some K-pop fans are taking this into political spaces, as with several publicised instances in 2020 when fans flooded Twitter with white supremacist hashtags and police information apps with K-pop content to make them useless to those targeting the Black Lives Matter movement.

A stadium rally by the then US president Donald Trump in Tulsa, Oklahoma, had low audience attendance after K-pop fans and TikTok users booked many of the seats. K-pop fans in Thailand were also witnessed mobilising in support of pro-democracy protests last year.

“It’s not rabid fans peddling in misinformation and disinformation in politics all of a sudden,” Crystal says, countering a popular media interpretation. “It is generally already their practice to defend, question, and draw boundaries over what they feel are real facts, and what is being policed and manipulated versus the truth.

“These fandom practices have always been around, but were not brought into the foreground until fake news became an issue and K-pop became globalised. [These two things] kinda were mixed together when people came to see K-pop fans as major players.”

Crystal says that she sees similar engagement in pretty much every other community on the internet, whether by sports fans or followers of politics. But K-pop in particular is drawing a lot of attention because it and its fans are all over social media and traditional media, resulting in intense reactions.

Still, she is encouraged that K-pop fans are questioning what is going on.

“The fact that a lot of these fans are engaging in critical thinking, displaying extremely savvy literacy skills, using corroboration and checking sources, is important.”

But while praising the fan behaviour as a whole, she cautions that engagement with some of the misinformation in K-pop spaces can have a big impact. Some cases of misinformation spreading among fans, such as a fake Starbucks and Blackpink ad campaign, can be laughed off as good fun, while others, such as fans sharing fake translations of media reporting on legal matters, have wide-reaching implications.

“Some [instances] showcase how fans are really diehards, and others have consequences for people,” she says. 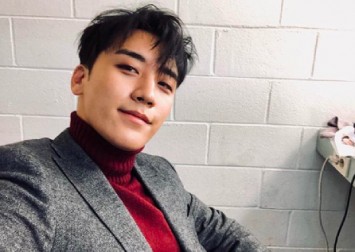 The discourse pervasive in K-pop fandom spaces online isn’t so different from that of any community, celebrity-oriented or otherwise. Beyond instances where fans perpetuate narratives to defend or extol their favourite stars, there is also concern over the power of K-pop stars, and the most dedicated superfans supporting them, to shape discourse among their followers.

“Fans’ strong emotional connection to their idols and heroes means they are predisposed to believe them and trust their messages,” cautions Esther Chan, the Asia-Pacific bureau editor of First Draft, a media organisation dedicated to tackling misinformation and disinformation.

Though it is rare for K-pop stars to engage in discussions about political or social issues, and in fact is considered atypical for the idol-like stars, it’s still a concern in the era of alternative viewpoints becoming pervasive in corners of the internet.

“With a large followership and the benefits that follow, celebrities and influencers must acknowledge their responsibility when it comes to how quickly they can promote misinformation and disinformation, and the potential damage [it causes],” Chan says.