When is K-pop not K-pop? When new groups like XG are created to go global

New seven-member group XG market themselves as a “global girl group” - not a K-pop group.

As K-pop's presence grows around the world, entertainment companies elsewhere in Asia are taking notes and trying to create their own Korea-based, K-pop-inspired groups with the aim of going global.

Now, non-Korean entertainment companies launching K-pop acts in Korea is nothing new, such as in the case of popular girl group Everglow, managed by Chinese label Yuehua.

But while those acts target the local South Korean music scene, new acts are focusing on appealing to worldwide audiences, using the South Korean market as a springboard.

On paper, seven-member girl group XG, who are stylised in the fashion of K-pop idol groups and promote themselves in Korea, look very much like a typical K-pop girl group.

But they're not: they're actually Japanese and sing in English, typically speaking only in Japanese and Korean when away from the stage.

They are managed by Xgalx, a subsidiary of Japanese entertainment company Avex. And they don't want to be called a K-pop act: XG prefers being known as a "global girl group".

XG (which stands for "Xtraordinary Girls") debuted in March with the song Tippy Toes and followed it up with June's Mascara.

When they debuted, their origin was perhaps deliberately left unclear.

Press releases only described their label Xgalx, calling it a "global entertainment production company with a mission to produce artists with a defined world view, creating a culture of 'bold' creativity".

It appears that Xgalx is aiming to take XG into music markets beyond Asia.

XG are certainly resonating with typical K-pop fans, with their two music videos garnering over 40 million views so far.

Media coverage of the group often cites how K-pop companies similarly promote groups in Japan, and even create ones solely focused on that market, such as NiziU, managed by Korea's JYP Entertainment.

But the girl group have continued moving forward, with a video of a recent dance performance set to Mary J. Blige's Family Affair racking up over half a million views on YouTube within a day of posting.

Another group that could follow the same route is upcoming boy group OCJ Newbies.

Revealed in June and managed by Hong Kong-based One Cool Jasco (OCJ) Entertainment, which also manages Dada Chen, OCJ Newbies will begin promoting both in Korea and internationally sometime in the second half of this year.

Initial reports said they would have over 16 members, but current promo shots only show 13.

Based on social media posts, OCJ Newbies will be different to XG in that its members are primarily, if not entirely, Korean or of Korean descent.

Several are already known to K-pop fans, having either debuted previously with other groups or having appeared on popular K-pop television shows, such as the Produce competition series. 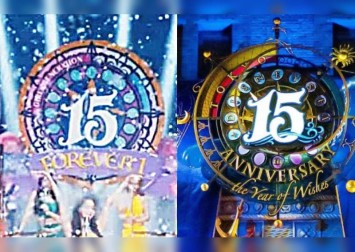 It is unknown when OCJ Newbies will drop their first release or whether they will sing in Korean or, like XG, aim big from the start with solely English-language songs.

JYP announced in July that it had joined forces with the US-based Republic Records (which manages the likes of Ariana Grande and Taylor Swift) on a new television series called America2Korea, or A2K.

The aim is to create a K-pop-inspired group that will, like XG, aim for international success.

In related news, singer and fashion entrepreneur Jessica Jung, best known as a member of K-pop girl group Girls' Generation between 2007 and 2014, recently took second place on the third season of Hunan TV's talent programme Sisters Who Make Waves (also known as Sisters Who Brave Winds and Waves), which only features stars aged 30 or older.

Jung will join an upcoming girl group made up of the show's winners, including top-ranked Cyndi Wang Xinling.