When stars bomb in musicals 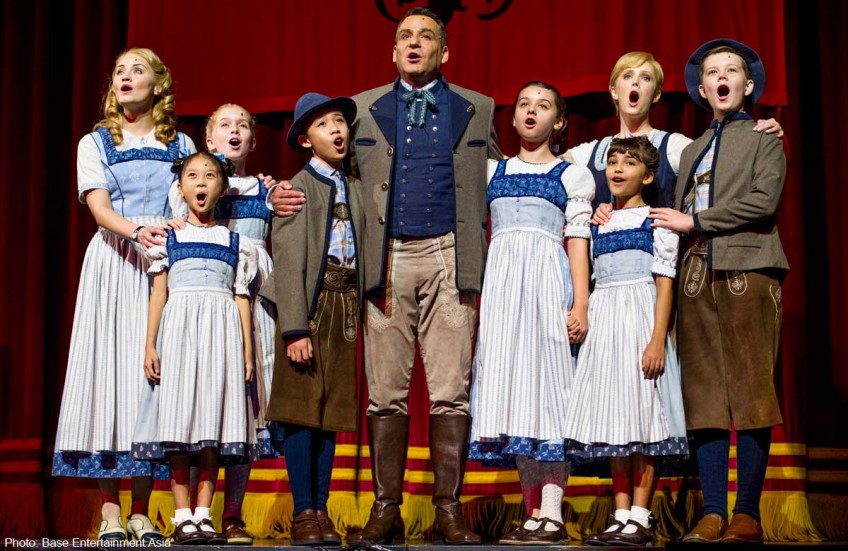 A performer who can act, sing and dance well is admiringly referred to as a triple threat. When the acting, singing and dancing come together in a well-executed piece of musical theatre, the result is a triple treat for audiences.

What works on stage, though, does not necessarily translate to the big screen. Tom Hooper's Les Miserables (2012) divided opinions, while Rob Marshall's Chicago (2002) was less satisfying than the Broadway revival production of 1996. And word on Clint Eastwood's Jersey Boys, opening here on Thursday, has been middling.

Often, the problem occurs as a result of casting. Instead of the triple-threat requirements, it is a fourth quality - Hollywood star power - that trumps the other three.

But the thing is, a case of two out of three will not do when it comes to a musical. In John Kander and Fred Ebb's jazzy Chicago, first produced on Broadway in 1975, there is acting, singing and dancing to legendary choreographer Bob Fosse's slinky moves. And there is no way you can shimmy your way through that with two left feet.

More often, though, it is on the singing front that actors fall flat.

Set against the backdrop of seething political discontent in France in the early 1800s, the musical Les Miserables is based on Victor Hugo's 1862 novel of the same name and follows the travails of escaped convict Jean Valjean.

On stage, the part of single-minded inspector Javert has been played by theatre actors such as Roger Allam, Terrence Mann and Philip Quast. The role calls for a rich and authoritative baritone and the Australian Quast was regarded as a strong contender for the title of Javert, even taking on the role at the 10th Anniversary Concert at London's Royal Albert Hall in 1995.

In other words, these were some mighty impressive shoes to fill.

But the big-screen casting of Russell Crowe was a major misstep.

Crowe might have an Oscar for Best Actor under his belt for the historical epic Gladiator (2000), but he simply cannot sing. It sounded as though he had either swallowed a frog or was trying to spit one out. What should have been powerful scenes as Javert swore to hunt down Valjean and later wrestled with his faith caused an outbreak of sniggering instead.

Things improved when it came to getting the right Valjean. The protagonist has been played, arguably most definitively, by Irish tenor Colm Wilkinson. He originated the role in London in 1985 and continued to play him when the musical transferred to Broadway in 1987.

Hugh Jackman took on the role in the film and it was a smart choice as he is one of the rarest of the rare - a triple threat with mainstream star power. When not slicing and dicing baddies as Wolverine, Jackman has done award-winning work on stage. His turn in Oklahoma! in 1998 earned him an Olivier Award nomination for Best Actor in a Musical, while playing singer-songwriter Peter Allen won him the Tony Award for Best Actor in a Musical in 2004 for The Boy From Oz.

One inherent disadvantage of the film medium is that you lose the sense of immediacy you get from watching a theatre production. But let's be honest here. Whether out of budgetary constraints or due to leave-it-to-the-last- minute impulse, it is all too easy to end up in the cheap seats in the second circle where you have to squint away at the action on stage.

So Hooper's loving close-ups in Les Miserables meant you could see the actors emoting at close range without having to shell out hundreds of dollars for top-tier seats. There is something to be said for the egalitarianism of cinema.

All that emotional bombast was too much for some to take. But given Les Miserables' epic and sprawling story, themes of love, revolution and sacrifice, and scenes of youthful passions boiling over, Hooper's approach and treatment were a good fit.

Another stage-to-screen musical marred by casting choices was Chicago.

In the 1997 Broadway revival of the cynical musical about crime and celebrity, James Naughton won a Tony Award for his portrayal of the silvertongued lawyer Billy Flynn. Richard Gere is silver-haired. Close, but no cigar.

Also, there was a physical mismatch between the statuesque-looking Catherine Zeta-Jones and the smaller-sized Renee Zellweger. It meant the impact of numbers such as Hot Honey Rag, in which two performers move in perfect coordination and sometimes in unison, was diminished.

Most egregiously though, the wonderfully funny duet Class was dropped from the film.

The music component in a musical is key and messing with it rarely bodes well.

Which brings us to Jersey Boys, which is about the 1960s rock 'n roll group The Four Seasons. While Eastwood has had a life-long love affair with jazz, the film still seems a bit of an odd choice for him to direct. He is better known for gunslinging than anything to do with doo-wop singing.

While some gave the thumbs-up to his take on the musical, Time magazine's Richard Corliss called it a "turgid botch" and Variety points to the "relative dearth of prominent musical performances". The emphasis on the mob links has also led to comparisons with Martin Scorsese's Goodfellas (1990).

One encouraging sign, though: Triple threat John Lloyd Young, who won the Tony Award in 2006 for playing Frankie Valli on Broadway, survived the switch from stage to screen.

It suggests the casting decisions were made without Hollywood star power skewing the equation. Not to make a song and dance of it, however, but that does not mean success is assured. Whether it works as a movie will depend on myriad other factors that sway the fate of every other film.