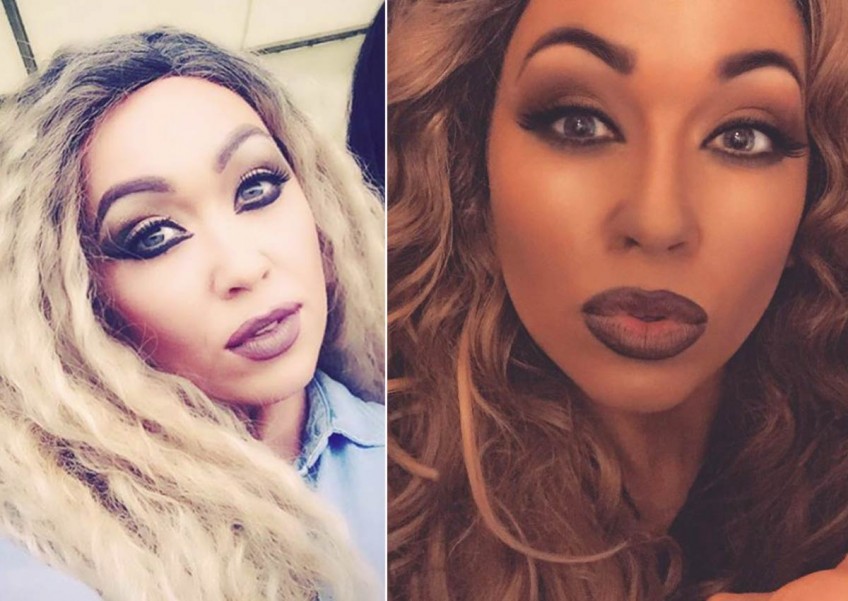 There's probably a multitude of Beyonce impersonators - on stage and in bedrooms all over the world.

But one of them has received the most flak for the controversies she has unwittingly whipped up. Not because she doesn't sound like the pop diva but because she seemingly tried to alter her skin colour.

Performing with Beeyonce as her stage name for the past eight years, Ms Leanne Harper claimed she received death threats after she was accused of using a skin darkener to resemble the iconic US singer whose father is an African American while her mum is of Louisiana Creole descent.

In May, the 31-year-old impersonator from South Yorkshire faced boycott threats by university groups in England after accusing her of putting on a 'black face' before she was due to perform at the Durham Pride UK festival, an annual LGBT event.

Although she agreed to perform without darkening her skin after she and the event organiser apologised, she was still axed from the line-up finally as the organiser didn't want to upset the black community.

A furious Ms Harper was reported in the Mirror as saying: "Never in all the years have I had anything like this before. I only put on St Tropez tan like I would for a night out.

"I want to look my best. I never thought of it in that way before. It is heartbreaking to think that people think like that."

She added: "I want to say no to hatred and take part in pride. I love pride. I love Durham Pride. I have performed there for years."

Then, Harper sparked outrage again, this time in Cambridge, after being accused of 'blacking up' at the prestigious Robinson college ball in the wee hours last Saturday (June 17) .

After party-goers vented their anger on social media, the organisers were forced to issue a public apology.

Lola Olufemi, incoming women's officer for the Robinson college, who was at the ball, tweeted: "I don't kno (sic) what smacked more, the fact that in 2017 organizers couldn't do a common google search 2 check the validity of their performer.

"Or being reminded, even at one of your final events @ camb, surrounded by friends you love, that black people at this uni get no REST".

In an interview with Cambridge News, Harper said she was shocked to hear that students had a problem with her show. She also claimed she didn't put on a fake tan.

Penning her disappointment on Facebook yesterday, the mum-of-one said: "It breaks my heart that I am now dealing with a few people on Twitter outraged that I am a white woman who is singing beyonce and doing a tribute to Beyonce. What can I do? It's so sad that no matter how talented I am, how good the show is that this is what it has come to. A witch hunt to destroy my career."