Who is Garth Brooks? 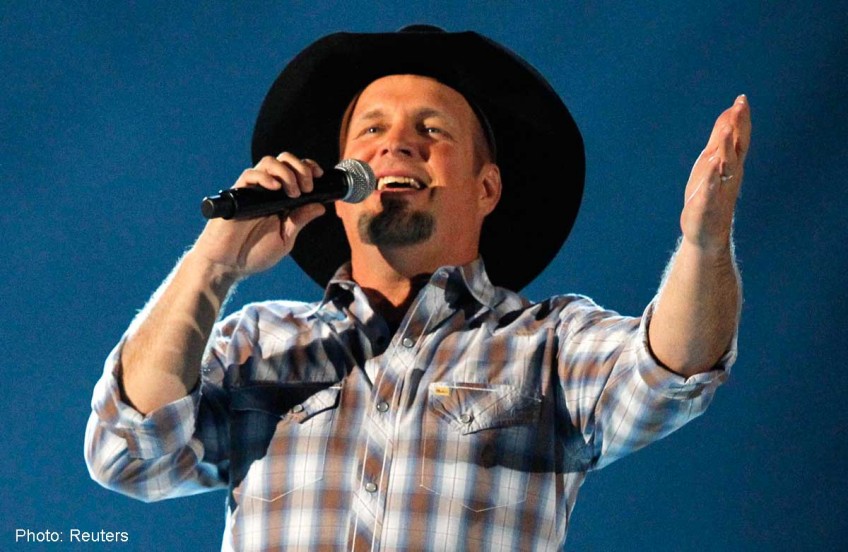 Our resident Kiss92 DJ/journo wonders: Who is this Garth Brooks? And why should I care about his comeback?

I have a weird relationship with country music.

I grew up in cowboy country, a rural swathe of Canada just south of Calgary, Alberta, which is famous for The Calgary Stampede, one of the biggest rodeo events in the world.

It is a windswept flatland of wheat and scrub and cows and horses.

Brad Pitt's movie Legends Of The Fall was filmed around there.

How about that gay cowboy flick Brokeback Mountain? They filmed it there too.

My mum was an extra. Not one of the gay ones.

And even though I grew up in this rustic milieu, I utterly rejected it.

Especially the music, which is a shame. A lot of it is pretty awesome.

Which brings us to Garth Brooks.

Were you aware that this guy is the third - THIRD! - best-selling artist of all time in the USA?

Based on the sales of albums certified by the Recording Industry Association of America, Brooks comes in just behind The Beatles and Elvis Presley.

He comes in way ahead of Michael Jackson and Madonna.

This is incredible to me, especially since I've never bought any of his records.

I probably know the lyrics to a few dozen Beatles and Presley tunes, but I couldn't tell you the title of a Brooks song.

They're not Brooks tunes, but who would know otherwise?

One thing I do know is that even if I wanted to buy a Garth Brooks album, it would be a challenge.

You can't download or stream his stuff on iTunes, or anywhere else on the Internet.

This is set to change in the near future.

Last week, Brooks announced that he's making his entire back catalogue available at his website, garthbrooks.com.

He also announced that he'll be releasing his first proper album in more than a decade later this year.

There will also be a world tour, though after some recent trouble in Ireland, where he ended up having to cancel five sold-out shows, he may have to earn some trust back.

I suspect I will be checking out Brooks' new material when it comes.

It's crazy that the third best-selling artist in America is a complete blank to me, especially considering that this is the music of my people.

Even a boy like me, who HATES the country.

This article was first published on July 16, 2014.
Get The New Paper for more stories.