Opening on the last day of October, 1971, it drew full houses for its seven daily screenings and took HK$3.2 million (S$558,200) at the box office during its 19-day run. It made a million of those in just two days, and displaced the musical The Sound of Music as the city's highest grossing film.

Even the Post, which was not known for covering local films back then, was impressed — journalist Jack Moore wrote that Lee was "the newest superstar in the Mandarin film world" and called him "a heck of a good actor". Moore even deigned to interview Lee about the film for the Post, noting that the star gave "the most athletic handshake this side of the international date line".

The Big Boss (in Chinese, The Big Brother from Tangshan) was shot in a small village in Thailand and featured Lee as a worker in an ice-making factory who ultimately takes on his corrupt and murderous boss. It was well received by critics and audiences alike when it opened.

"The surprise Hong Kong movie of 1971!" opined local critic Mel Tobias in the long out-of-print Post book Memoirs of an Asian Filmgoer, a collection of writings from the 1970s. "It is the first public appearance of the flamboyant Chinese weapon in the person of Bruce Lee."

"It brought Lee's kung fu style to the attention of South East Asian countries, and in retrospect is still the best and the purest of all the Bruce Lee films, as it was unhampered by big-box-office superstar temperament and [the influence of] complex distribution deals," wrote Tobias. 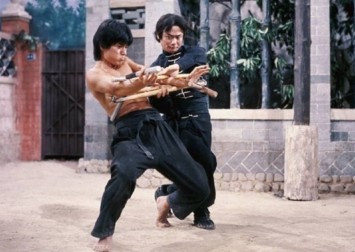 Although Jimmy Wang Yu's 1970 film The Chinese Boxer had started the trend away from sword-fighting-oriented wuxia films and towards kung fu, the success of The Big Boss made films featuring unarmed combat an unstoppable trend in the city.

In an erudite observation, Stephen Teo, in his book Chinese Martial Arts Cinema — The Wuxia Tradition, notes that The Big Boss drew heavily on wuxia films and that Lee knew it. "He adapted the expansive exaggerated style choreography of the new school wuxia cycle which preceded the rise of the kung fu movie, realising that audiences would be used to watching this kind of violence," writes Teo.

"Lee employed his famous leaps-in-the-air stunts achieved by trampoline. His strategy was to heighten the reality of the kung fu techniques in an offsetting effect combining the conventions of wuxia pictures.

"Thus he maintained some of what the audiences expected to see from wuxia pictures, but presented something they had never seen before — an animalistic fight sequence of two men using real kicks and punches," Teo says.

This was not a happy arrangement, but the result of a working compromise between the two men. Han did not like the aggression of Lee's style of choreography, and complained about getting kicked in the face by him during a scene (Han also played the big boss in the film).

The combination of acrobatic northern kung fu styles and Lee's southern-influenced jeet kune do, which was based in wing chun, led to one of his trademark moves, the jump with three kicks. Lee had objected to the move, as he said it was not realistic, but it looked so good on the screen he ended up adopting it.

"This move was copied in many later kung fu films, and earned Lee the nickname 'Li Sanjio', or 'Three kick Lee'," wrote critic Chang Yu in 1984. "The mid-air pose became one of Lee's trademarks."

Read Also
'I will not let Bruce Lee down': Donnie Yen on his martial arts film career 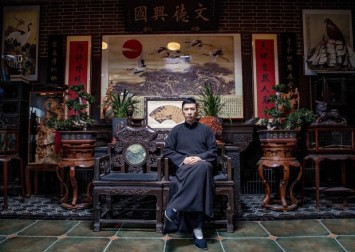 One of the other often talked about elements behind the success of The Big Boss, and all of Lee's films, was its nationalistic theme, in the sense that it stood up for Chinese people, who were then looked down on in parts of the world.

In Lee's next film, Fist of Fury, Hong Kong audiences reportedly stood up and cheered when Lee broke a sign in Japanese-controlled Shanghai that prohibited Chinese from entering a park with the words "No Dogs or Chinese".

But Chang muses that Lee's own focus may have been on proving the superiority of Chinese kung fu over Japanese karate in his films, something which the star had spoken about in interviews.

"There is, of course, a certain anti-foreigner sentiment in Lee's films," writes Chang, "but this is overshadowed by a concern with promoting the superiority of the Chinese martial arts.

"Lee's films contain other elements which derive from his personal life — for instance his attitudes to authority, and the Chinese maxim of being able to beat provocation and not having to fight until absolutely necessary. The Big Boss and Fist of Fury correspond to this philosophy."

Interestingly, Lee was not expected to appear in The Big Boss at all, as the film was already in production when Lee signed to Golden Harvest, who were producing the movie. James Tin Chuen was the star of the film, and Harvest said they would develop a new movie for their new signing, but Lee didn't want to wait. Harvest acquiesced and inserted Lee into the film alongside Tin.

"If you look at the movie carefully, you will see that the movie starts with two stars [Lee and Tin], as they wanted to screen-test Bruce, to see if he was real or not," Morgan says. "Then halfway through, they made a decision about who to kill and who to keep alive."

Lee's character lived on, and martial arts movies were never the same again.