Why is the K-pop bullying scandal blowing up now and what will become of it?

Hyunjin from Stray Kids is just one of the young K-pop stars who have been labelled bullies by former classmates.

Barely a day has passed during the past few weeks without a new K-pop star being accused of bullying when they were young.

Seventeen’s Mingyu, Monsta X’s Kihyun, (G)-Idle’s Soojin and Stray Kids’ Hyunjin are just some of the young South Korean celebrities who have been labelled bullies by former classmates in recent days, while other young South Korean athletes and entertainers face similar accusations.

The storm began last month when a pair of twin sisters were banned from South Korea’s national volleyball team after they admitted abusing a former teammate about a decade ago.

Since then, a number of individuals have stepped forward to raise awareness of alleged wrongdoings by other South Korean celebrities.

As February progressed, several K-pop stars came under fire as purported schoolmates posted allegations of bullying on social media. Other reports have also emerged occasionally in previous years, alleging negative behaviour by celebrities either at school or in the workplace.

“It’s hard to say where it started, but there is definitely a [rise] in these cases,” said Yonghoon Lee, an assistant professor at the Hong Kong University of Science and Technology who specialises in organisational behaviour. “I think there’s a bit of a social movement element as people learn and share more accusations.”

South Korean portal site Naver’s real-time search function going defunct at the end of last month is considered by some to have fuelled the batch of allegations, as important topics often trend on Naver but its demise has some concerned whether major issues will become as widespread online without the searches.

According to Lee, people are motivated when they see stars responding to the allegations, which encourages others to come forward. However, he cautions that while the number of truthful allegations grows, so too could false accusations.

And in South Korea, where people’s reputations are treated as very important, any allegation is fraught with tension, regardless of whether it’s truthful or not.

The accusations are predominantly aimed at stars in their teens and early 20s, which Lee says is likely due to generational perceptions of appropriate youthful behaviour and the way people now feel comfortable making allegations of bullying on the internet.

“I think this generation is self-correcting – people knew it was problematic before, but it wasn’t being handled.”

Many stars and their companies have denied the allegations, although several have issued apologies and spoken with the alleged victims. Some, such as Mingyu and Hyunjin, are currently taking time out of the spotlight to reflect on their alleged behaviour, and their futures in their respective groups are uncertain.

HyunA, Itzy’s Lia, Loona’s Chuu, Everglow’s Aisha, The Boyz’s Sunwoo and Too’s Woonggi are other K-pop stars who have faced similar allegations, which they have denied.

He said any serious sociocultural issue linked to South Korean celebrities, including bullying, often results in negative perceptions, regardless of whether the individual was cleared of any wrongdoing. 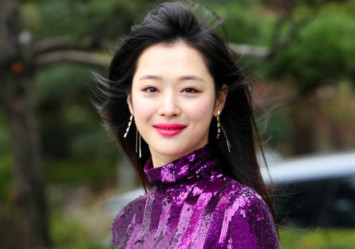 “Whenever there’s a controversy that divides their main audience, these [industry power players and] producers are typically risk averse and it’s much easier to cut ties [than repair reputations],” Lee said.

He said there was also no clear consensus on what constituted school violence – some of the allegations involve blatant physical and sexual abuse, while others only involve verbal abuse. “The Korean market is small, and to make money in that market they cannot afford controversies.”

Lee says that from the artist’s point of view, even though these accusations haven’t been proven – and in some they’ve been addressed and denounced – it’s difficult for an artist to repair their brand and regain a footing in the industry after taking a hit.

It’s doubly hard for K-pop stars, as many promote positivity through their performances and artistic narratives, and anything that casts doubt on this uplifting attitude comes at a cost.

“Bullying resonates with a lot of Korean audiences, because they share that experience in life, and if you see that in the artist, it’s very hard to consume their content any more,” said Lee. “I think that a more gracious mindset is washed away because [the allegations] bring up difficult memories.”

Last year, the South Korean Ministry of Education released a report stating that at least one out of every three schoolchildren faced bullying. The bullying allegations haven’t only been an issue during the stars’ time at school – there’s at least one claim of bullying inside a K-pop group. 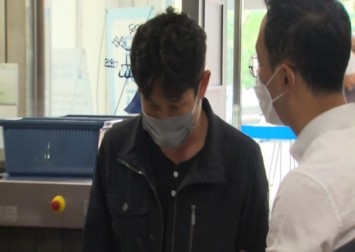 On Sunday (Feb 28), friends and family members of a former member of girl group April took to social media to allege singer-actress Hyunjoo – whose real name is Lee Hyun-joo – left the group in 2016 after being abused by the other members.

On Monday, April’s company, DSP Media, denied the allegations and the next day DSP denied related rumours that had arisen that April member Naeun had been a bully at school.

Lee noted that the growth and scale of the K-pop industry in recent years might be a factor. Of the recent allegations, only one star – Hyunjin – belongs to one of South Korea’s biggest entertainment companies, while the other accusations were aimed at idols from mid-tier labels.

According to Lee, this might be because SM Entertainment’s founder, Lee Soo-man, considered the originator of the modern K-pop trainee system, incorporated an intense vetting process after SM star Hyun Jin-young’s career went up in flames in the early 1990s due to drug use.

Since then, vetting K-pop idols’ personal lives and developing their public personas have been important parts of the stars’ development. But as the industry has grown with K-pop’s success, Lee says that smaller companies haven’t been able to keep up.

“Korean audiences are more used to the trained [idol] product, but with the growing competition among production companies as they rush and look for something new, they’re getting more lenient regarding moulding and screening trainees,” Lee said.

“This could be good or bad, but it has an impact and I think that’s why we’re seeing more of these cases. These mid-size production companies are more vulnerable.”

Lee is not sure what will come of these growing accusations against South Korean celebrities, but believes that while much of the talk is aimed at stars, people need to also support those hurt by the alleged behaviour.

“The way the discourse has been progressing, we need to talk about how to help these victims. Right now, it’s really focused on blaming the accused and stigmatising them whether it’s true or not.”