Outrun by Running Man is a spin-off of the popular South Korean variety show Running Man. The series is available on Disney+.

The new show features several of the Running Man cast members in new situations, including competing against masked K-pop stars in games. The anonymous celebrities are vying for the chance to introduce themselves, unmasked, to viewers.

Disney's investment in Outrun by Running Man is evidence of how popular Korean variety shows are globally, although the spin-off itself being in Korean is unusual, as the rights to Korean shows are sold and the content is typically adapted for a local audience.

Running Man, for example, has been popularised in China as the Chinese-language variety show Keep Running and different versions are broadcast in other markets in Asia.

The most successful variety show export from Korea by far is The Masked Singer franchise: Over 30 countries are said to have produced their own versions of the show known as King of Masked Singer in Korea.

The show originated in 2015 and features anonymous celebrities competing with vocal performances. The Thai, Chinese and US versions of the show are especially popular, and Grammy Award winners often perform on the US version of the show.

The success of that show prompted US broadcast network Fox to create a spin-off, The Masked Dancer, in 2020. Both shows are based on the anonymity of talent.

A similar Korean series, I Can See Your Voice, has also been adapted in many countries and languages but to less critical acclaim than The Masked Singer, in part because it shines a spotlight on non-celebrity talent.

While Running Man is a game-based series and the Masked series and I Can See Your Voice shows are about highlighting vocal talent, another type of variety show from South Korea that has been emulated around the world is the parenting genre.

This has been popularised through the shows The Return of Superman and Dad, Where are We Going?, both of which premiered in 2013 and continue to air in Korea even now.

Like Running Man, the shows, which feature celebrity fathers engaging with their children without the involvement of their wives, have been remade in various Asian entertainment markets.

In Korea, the celebrity parenting genre of reality show remains popular, with new shows launched every year. One upcoming show, Mom is An Idol, will feature former members of K-pop girl groups taking care of their children.

Read Also
All grown up: How The Return of Superman's triplets, Gong Yoo's daughter in Train To Busan look now 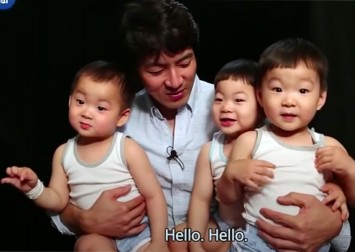 Other Korean variety shows, such as the senior celebrity travel show Grandpa Over Flowers, have also been remade in several markets, with the 2016-2018 American series Better Late Than Never gaining popularity.

It's not only game and reality shows that South Korea has been able to export internationally.

Popular South Korean television shows have also been successfully remade for global audiences (The Good Doctor is a US medical drama television series based on the 2013 Korean series Good Doctor) and US remakes of zombie movie Train to Busan and the K-drama Crash Landing on You are being planned.

Most of the exported South Korean shows and remakes have been sold to international markets by Korean media conglomerate CJ ENM, which has reportedly struck a deal to acquire a majority stake in US entertainment firm Endeavor Content.

Endeavor has produced popular content including the drama Killing Eve (starring Sandra Oh) and Quentin Tarantino's Once Upon a Time … in Hollywood . CJ ENM has also, in recent years, backed numerous high-profile Korean entertainment releases, including