The impact and popularity of BTS (pictured) and Blackpink have been felt worldwide for years, but the US market has been lagging in recent years in recognising either act.

Is the power of K-pop finally going to be recognised by the The Recording Academy? We’ll find out next week, when the nominations for the 2021 Grammy Awards are released and the world discovers whether BTS and Blackpink have received recognition in the United States for their efforts this year.

“It would be wonderful if BTS or Blackpink got a Grammy nomination,” Chicago-based music writer Joshua Minsoo Kim, editor-in-chief of Tone Glow , a newsletter about experimental music, told the Post .

“However, the awards show has historically shown little interest in actually caring about non-Western music, and a nomination would be underlined by a feeling that these groups are getting something they both deserved long ago. The Grammys are perpetually playing catch-up.”

Numerous media outlets have expressed hope that BTS and Blackpink receive their due this year, including US-based magazine and charting organisation Billboard .

This week, its awards watcher Paul Grein suggested BTS were major contenders for record of the year for the single Dynamite, and Blackpink a good bet in the best new artist category – despite their having released many hit singles, their long-awaited first LP, The Album,  makes them eligible.

The impact and popularity of BTS and Blackpink have been felt worldwide for years. Both acts have broken numerous records, staged major global tours and received an outpouring of support around the world.

But the American music market has been slow to recognise either act – or, for that matter, any other K-pop group, however popular – or to reward them for their efforts and musicality.

And the MTV Video Music Awards in 2019 came under fire for introducing a K-pop category after years of ignoring the industry’s popularity.

One Korean-American industry insider in Seoul, South Korea, recently told the Post there were rumours that ﻿SuperM’s “Super One”  album, produced by Capitol Records, might secure the group a nomination in the best new artist category, as it’s a coronavirus concept album.

Both Super One and Blackpink’s The Album”  hit the No 2 spot on the Billboard album chart this year. On the other hand, SuperM have less mainstream recognition in the US than either BTS or Blackpink. 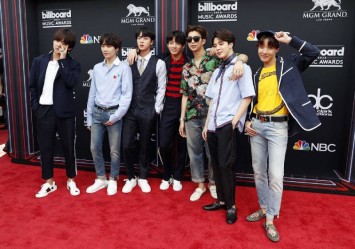 Chicago-based Jae-ha Kim, who writes about culture for many American outlets and who is a prominent BTS fan, agreed recognition of BTS at the Grammys is long overdue.

“I’ve thought for the past two years that BTS deserved to be nominated for a Grammy Award,” she told the Post. “The Recording Academy touts the Grammys as a celebration of excellence, and BTS fits that bill beautifully.

“However, the Grammys also are a peer-based award. Despite the Academy’s efforts in recent years to diversify its voting members, it still has a long way to go in regards to representation.”

“On top of this, music snobs have never been kind to boy bands,” she added.

No boy band has ever won an award at the Grammys, and only a handful have ever received nominations. NSync’s 2000 release Bye Bye Bye was the last song by a boy band to be nominated for record of the year.

“But what BTS has going for them is the ridiculously catchy Dynamite, which hit No 1 on all the important charts , and did very well on radio, too,” said Jae-ha Kim.

“They also have an impressive catalogue of songs that technically won’t count when they’re being considered as nominees. But if the voting members delved into these albums, they’d hear that Dynamite isn’t even the group’s best track. It’s just the most accessible to voting members, because it’s all in English.”

All three buzzy groups – BTS, Blackpink and SuperM – have either released English-language songs or focused heavily on English on their albums this year, which many see as appeals to the American industry after previous chart success failed to land them awards.

Changes have been made in recent years to The Recording Academy’s qualifications in an as yet unsuccessful effort to put right what many in the industry perceive as blatant racism – especially towards black artists by relegating them to the rap and R&B categories.

Latinx artists are likewise othered into various Latin categories, and many feel the short shrift given to BTS in past years was spurred by American xenophobia. 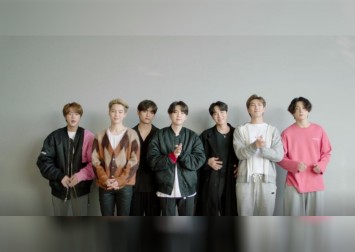 On Monday, Big Hit Entertainment’s social media platform Weverse shared an article titled, “BTS and the Grammys: Why now?” In it, the anonymous author looks at the history of BTS releases being kept out of the Grammys nominations, honing in on the way non-white artists are relegated to niche categories.

It also explores how the “K-pop” label could limit the reach of BTS based on biases associated with the term.

While there was some backlash on social media, as some felt the struggle of black artists in the US could not be compared to international acts’ efforts to gain recognition at the Grammys, the article earned rave reviews from BTS fans.

“If BTS aren’t nominated this time, it’s not because of their lack of talent,” said Jae-ha Kim. “All it will mean is that the Grammys are as clueless as they were in 1989, when they handed the trophy for best hard rock/metal performance to Jethro Tull, rather than Metallica.”