Would 'Goddess' of Thunder superhero be a Thor point? 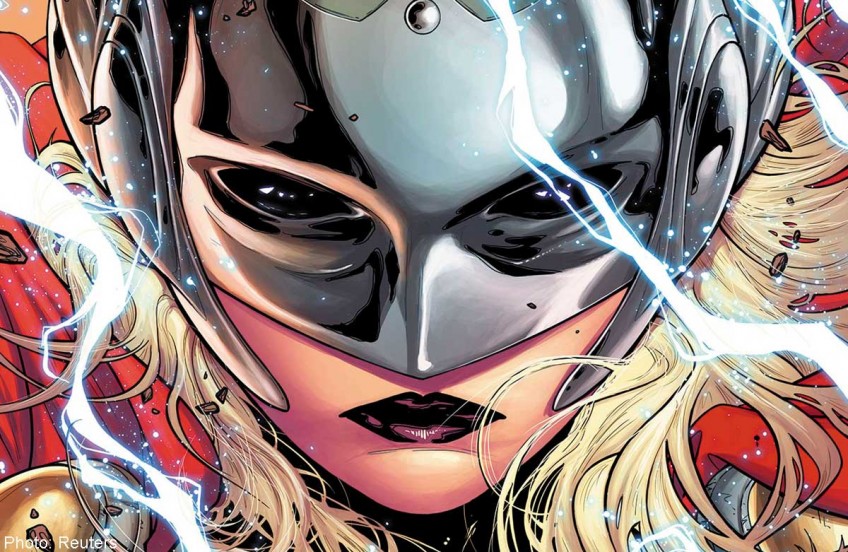 Woman power: Female Thor promises to be unlike any Thor seen before.

Get ready - there's a new superhero in town.

Or rather, a superheroine.

Marvel Comics' God of Thunder, Thor, will soon be a woman, reported AFP.

The publisher announced yesterday that it will introduce the female Thor in its latest comic series in October, stressing that the new Thor is not "She-Thor" or "Thorita".

It was not immediately clear if the sex change will also be in the movie version of Thor, a huge box office hit in recent years.

"The inscription on Thor's hammer reads 'Whosoever holds this hammer, if HE be worthy, shall possess the power of Thor'," said Marvel editor Wil Moss.

"Well, it's time to update that inscription."

He added: "The new Thor continues Marvel's proud tradition of strong female characters like Captain Marvel, Storm, Black Widow and more. And this new Thor isn't a temporary female substitute - she's now the one and only Thor, and she is worthy!"

The change of gender is not unprecedented for Marvel, which was bought by entertainment giant The Walt Disney Company in 2009.

Captain Marvel used to be male but is now female, a spokesman said.

On the big screen, the Norse god has been portrayed by Australian actor Chris Hemsworth in two Thor films as well as 2012's record-breaking The Avengers.

He will reprise the role in Avengers: Age of Ultron, due out next year.

It is unclear whether the hunk actor will have to hang up his hammer to be replaced by a female version.

Disney spokesman Megan Wasserman added: "The announcement... was about the comics, and as normal Marvel policy we cannot (comment) on film activities, rumours or related speculation."

Thor will be the eighth Marvel comic book title to feature a female lead, reported the Washington Post.