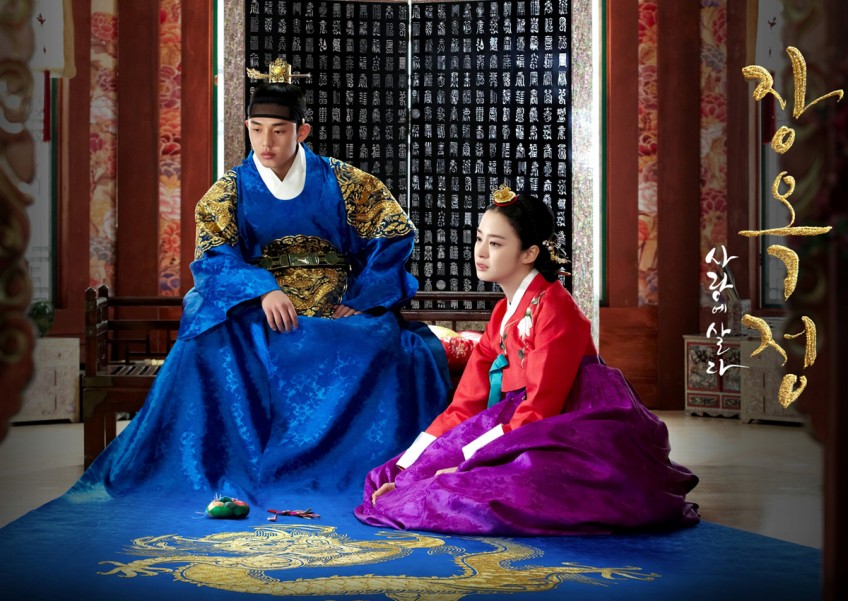 To say the year has been kind to Yoo Ah-in is quite an understatement. With two major box office hits landing back-to-back in August and September, he is undoubtedly the star of the summer.

Although the 29-year-old actor has long been a familiar face to the public thanks to his successful appearance on TV shows like "Sunkyunkwan Scandal," Yoo had not been able to make a strong impression in the film market since 2011's "Punch."

Then came "Veteran," directed by respected director Ryoo Seung-wan and cast with star actors Hwang Jung-min, Yoo Hae-jin and Oh Dal-soo. The role of the deranged corporate heir Cho Tae-oh in "Veteran" allowed Yoo to graduate from his troubled-yet-golden-hearted teen image and move on to more mature, darker fare.

"I mostly played the good guy until now," he said at a press conference ahead of the release of "Veteran." "When I got the role of Cho Tae-oh, I thought to myself, 'it's finally come.'"

Yoo made his debut through the TV high school romance drama "Sharp" in 2003 opposite actress Go A-ra, but he made his first real mark as the scruffy Gul-oh in the 2010 hit drama "Sungkyunkwan Scandal" alongside Park Yoo-chun. The following year, he got his big break on the big screen in "Punch" as a rebellious high schooler opposite Kim Yoon-seok, and was promptly cast in a similar hard-knock role in the 2013 film "Tough as Iron."

In the 2014 TV drama "Secret Love Affair," Yoo was able to show a different side -- a pure, innocent soul who falls into a dangerous affair with his teacher (played by Kim Hee-ae). Yet he was still trapped in the "troubled youth" frame, playing roles that were much younger than his actual age.

Yoo's unconventional image was strengthened by his willingness to make his social, artistic and philosophical interests public. His Twitter feed is famous -- perhaps infamous -- for its stream of philosophical and critical political statements, and he is the director of a "complex creative space" called Studio Concrete in Hannam-dong, Seoul, which he created with a group of seven artists of various specialties.

Forging a villainous character deviating from that free-minded rebel persona was no doubt a challenge, but in "Veteran" the megalomaniacal Tae-oh hit a home run. And a month later, with "Veteran" still going strong at the box office with over 12 million tickets sold as of Tuesday according to the Korean Film Council, Yoo appeared again on the big screen in "The Throne." This time, he was the tragic crown prince Sado, driven mad by his father King Yeongjo (played by Song Kang-ho) who eventually starves him to death, locked in a rice chest.

"(Cho Tae-oh and Sado) may both be mad, but they are different people in different circumstances," said Yoo at a press conference for "The Throne."

"Tae-oh is just a sociopath. Sado is a young man who gets to that point because of his sorrow, frustration and resentment at never being appreciated or welcomed for who he was." That performance also resonated with moviegoers, who gave "The Throne" 1.8 million votes at the box office over opening weekend.

Yoo will be stepping out of the spotlight to fulfil his mandatory military service after his current TV drama "Six Flying Dragons," and the question still remains as to whether he will be able to hold up a hit film on his own without all-star ensembles like those in "Veteran" or "The Throne." But for now, this year's works have shown plenty of potential for when he returns.