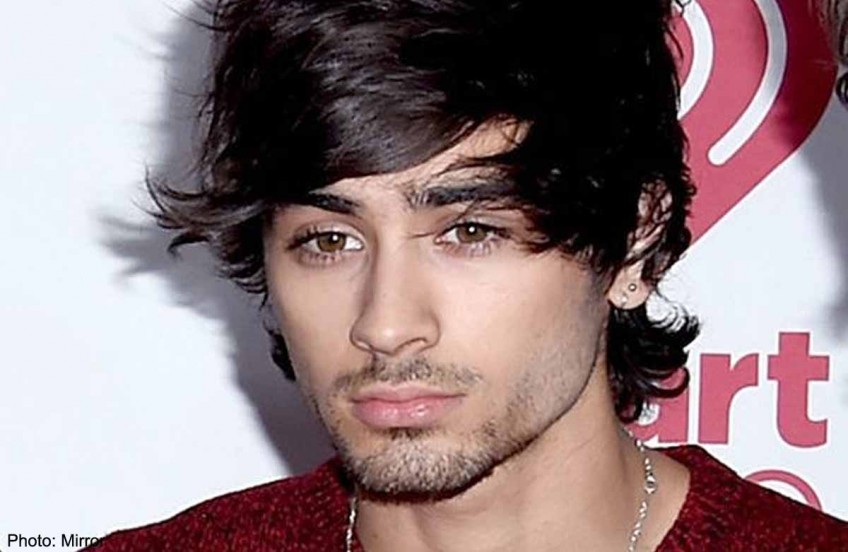 Zayn Malik has left boy band One Direction but the group will continue without him, they said Wednesday, in news set to break the hearts of millions of teenage girls worldwide.

Malik apologised to fans for leaving the British band, whose hits include "What Makes You Beautiful" and "Best Song Ever", but said he had to do "what feels right".

"I am leaving because I want to be a normal 22-year-old who is able to relax and have some private time out of the spotlight," he said in a statement released by One Direction on social media.

"I know I have four friends for life in Louis, Liam, Harry and Niall. I know they will continue to be the best band in the world," Malik added. The remaining members of the band - Louis Tomlinson, Liam Payne, Harry Styles and Niall Horan - sent Malik "all our love for the future".

"The four of us will now continue. We're looking forward to recording the new album and seeing all the fans on the next stage of the world tour," they said.

One Direction, who played in Jakarta Wednesday, have sold more than 50 million records and had 91 number one hits globally in countries from Britain to Denmark and New Zealand.

Highlighting their popularity, six out of the 10 global trending topics on Twitter were about One Direction after Malik's departure was announced.

Malik, who is engaged to Little Mix pop star Perrie Edwards, quit the tour earlier this month due to stress after pictures appeared online showing him close to another woman in Thailand.

He also faced controversy when a video apparently showing him and Tomlinson smoking marijuana in a car while on tour in Peru last year went viral.

The band was formed during British talent show The X Factor in 2010 before achieving global success. They are signed to Syco Music, founded by British music mogul and talent show supremo Simon Cowell, and are due to release a fifth album later this year. Cowell said he was "very, very fond" of Malik and "truly sorry" to see him leave One Direction.

"Fans can rest assured that Niall, Liam, Harry and Louis are hugely excited about the future of the band," he added.