Zhao Wei, one of China’s wealthiest actresses who was scrubbed from the mainland’s internet for unknown reasons last month, re-emerged this week in photos from her hometown.

On Tuesday (Sept 15), she was spotted at a mobile services provider by residents in her hometown of Wuhu, in eastern China’s Anhui province.

The pictures were quickly uploaded online and circulated across social media.

The photos of Zhao showed her casually dressed – wearing a loose purple T-shirt, a pair of green shorts and a knitted hat. An electronic cigarette was hanging from her neck.

On Sunday, a screenshot of an apparent message from Zhao showing her wishing director Queena Li a “happy birthday” appeared on Weibo. When internet sleuths tried to confirm the veracity of the messages, they were nowhere to be found. 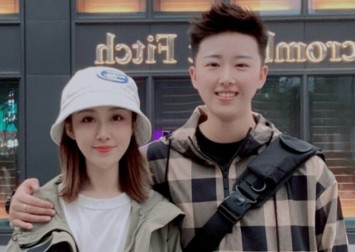 Zhao is one of China’s wealthiest actresses, and her sudden disappearance led to rampant speculation about what could have triggered the censorship.

The government did not explain why she was scrubbed from the public consciousness.

The censorship against her came amid a widespread campaign by authorities to clamp down on “misbehaving celebrities”.

Recently, Canadian-Chinese actor Kris Wu was arrested in China and charged with rape after numerous women accused him of date rape.