EPL: Pochettino must be given time 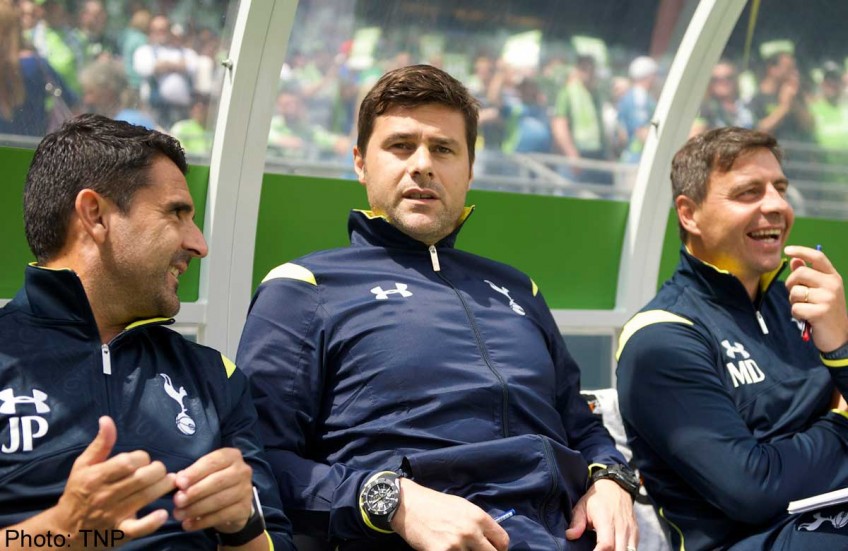 Mauricio Pochettino's reign as Tottenham Hotspur manager began last weekend with an entertaining 3-3 draw with Seattle Sounders, a result and performance quite in keeping with the traditions of the club.

But it is a measure of Tottenham's decline that they are now barely spoken about as serious contenders for the Champions League places, let alone for the title.

Pochettino has an enormous job ahead of him.

On March 3, 2013, after a 2-1 victory over Arsenal, Tottenham looked more likely to finish in second place than miss out on Champions League football.

It seemed that the tactical acumen of their young Portuguese coach, allied to a sensible transfer policy, had finally seen the London club step up above their North London rivals.

But just two wins from their next six games saw Andre Villas-Boas' side slip out of contention, below Arsenal and down into the Europa League.

Gareth Bale was sold to Real Madrid, a host of replacements struggled to settle and a slow start to the new season saw Villas-Boas sacked.

His replacement, the inexperienced Tim Sherwood, failed to convince and was dismissed at the end of the campaign.

Pochettino is the third manager in the two years since Harry Redknapp's removal, the point that marked the start of the club's slide down the table.

The Argentine coach has been appointed on the back of his achievements with Southampton.

There, he quickly transformed a newly-promoted team, fighting for their lives in the lower reaches, into an organised and defiant upper mid-table outfit.

Pochettino's teams defend in packs and they do it all the way up the field. When passing teams tried to build up moves in their own half, Southampton mobbed them in groups.

The Saints, built on a balanced budget, were comfortable fixtures in the top 10 all year. There were well drilled, well organised and intelligent and they performed above expectations.

But it's one thing to sell a new philosophy to a squad of newly-promoted players, who will do anything to avoid relegation.

It's another to sell it to a squad of internationals who know full well that the chairman will sack the manager at the first sign of trouble. Tottenham have a large, disparate squad and they all saw what happened last year.

On a point of principle, Villas-Boas ostracised the truculent Emmanuel Adebayor. After Daniel Levy swung the axe, the Togolese striker was straight back in the team.

At Spurs, you don't have to leave to find first-team football, you just have to wait.

And therein lies the real issue at the club. Levy has overseen so many false dawns that no one knows what day it is any more.

Juande Ramos and a continental management structure was the masterplan in 2007. By 2008, Ramos was out on his ear, replaced by Harry Redknapp and old-fashioned English autocracy.

In 2012, despite finishing fourth, Levy decided that he wanted the continental management structure again and Villas-Boas was appointed.

After a year and a half, it was back to a bolshy, media-friendly Englishman in Sherwood.

There is never any time for foundations to be put down, for familiarity either in terms of tactics or personnel.

Pochettino is an impressive young manager who has earned the chance to manage this club. But he is not a magic bullet.

His methods will take time to bear fruit and in that time, Tottenham will lose matches, much as Liverpool did in the early days of Brendan Rodgers.

If he is granted the time to build a team, you would back him to push Spurs back into the top four.

But, if Levy cannot control his temper, if he is tempted to swing the axe early once again, then it's hard to see anything new for Tottenham, just one Europa League campaign after another.

Mauricio Pochettino first stepped into coaching at Espanyol in January 2009, with the club third from bottom in La Liga and he guided them to a 10th- placed finish.

His charges finished 11th the following season and narrowly missed out on an Europa League spot in the 2010/11 campaign, ending up in eighth.

He left the club a few months into the 2012/13 campaign and joined Southampton in January in what was his first job in the EPL.