EU 27 agree 'no single market a la carte' for UK 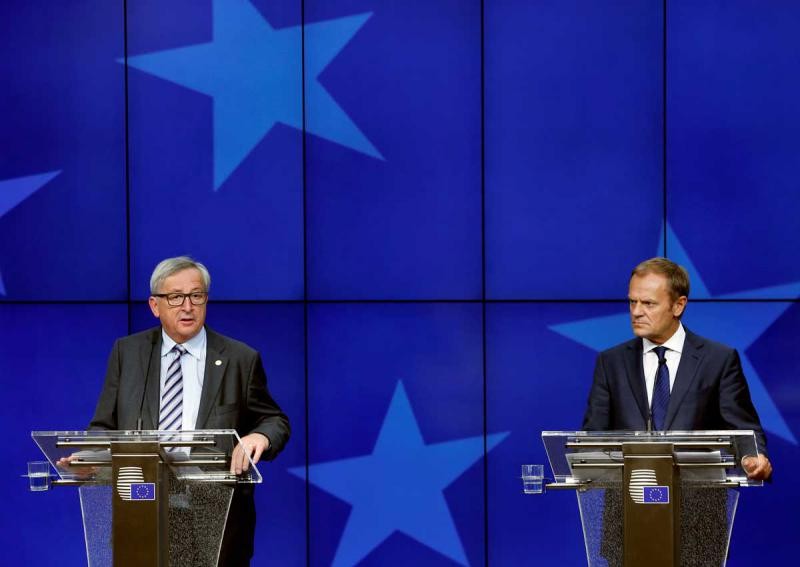 EU leaders agreed on Wednesday (June 29) that Britain cannot have access to the single market after leaving the union without accepting the bloc's rules on free movement, president Donald Tusk said.

"Leaders made it crystal clear today that access to the single market requires acceptance of all four freedoms including freedom of movement," Tusk told a news conference.

"There will be no single market a la carte," Tusk added after the 27 leaders met without British Prime Minister David Cameron.

His comment came as Britain appointed Oliver Robbins, a senior official at the interior ministry, to head the unit that will help negotiate an exit from the European Union.

Robbins, Second Permanent Secretary at the Home Office, will move to his new role as head of the EU unit on July 4, the Cabinet Office said.

"He will offer the very best advice and support to the government through these unprecedented times to ensure we secure the best possible deal for the UK," Cabinet Secretary, Sir Jeremy Heywood said.