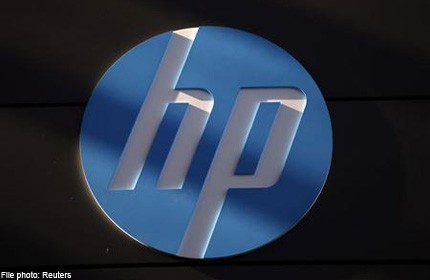 The PC maker, which has been trying to strengthen its board after years of leadership calamities, said it was still searching for more directors. It is also looking for a permanent nonexecutive chairman to succeed Ralph Whitworth, who holds the position on an interim basis.

Monday's appointments increase the size of HP's board to 12 from nine.

Chief Executive Officer Meg Whitman is trying to turn around HP's operations, while Whitworth, who heads activist hedge fund Relational Investors, promised board changes when he took the job in April. Previous Chairman Ray Lane resigned after he came under fire from shareholders for his role in HP's disastrous acquisition of British software company Autonomy Plc.

HP's leadership has been in tumult since the 2010 departure of CEO Mark Hurd over sexual harassment allegations, which he has denied. Current CEO Whitman took the top job in September 2011 after predecessor Leo Apotheker's brief stint, which was marked by slashed earnings forecasts and a plunge in the company's share price.

In 2012, HP had to take a multibillion-dollar writedown for its takeover of Autonomy, enraging investors. The deal capped a tumultuous decade for the company that included the 2006 "pretexting" scandal, which led to the resignation of Chairwoman Patricia Dunn.

The appointment on Monday of well-known directors to HP's board appeared to be an effort to answer shareholder's longstanding cries for a stronger board.

Ozzie, the software guru whom Microsoft founder Bill Gates designated as the company's big-picture thinker, left the company in 2010 to start Talko Inc, which focuses on mobile communications applications and services.

Skinner was credited with turning around McDonald's during his time as CEO from November 2004 until 2012 and that company's share price tripled during his tenure. He is also chairman of drugstore chain Walgreen Co.

Along with Ozzie and Skinner, HP also appointed Robert Bennett, former CEO of Liberty Media Corp as a director. He will join the finance and investment committee and its audit committee.

Ozzie will join the technology committee and the finance and investment committee. Skinner will join committees governing audit, human resources and compensation, and governance.