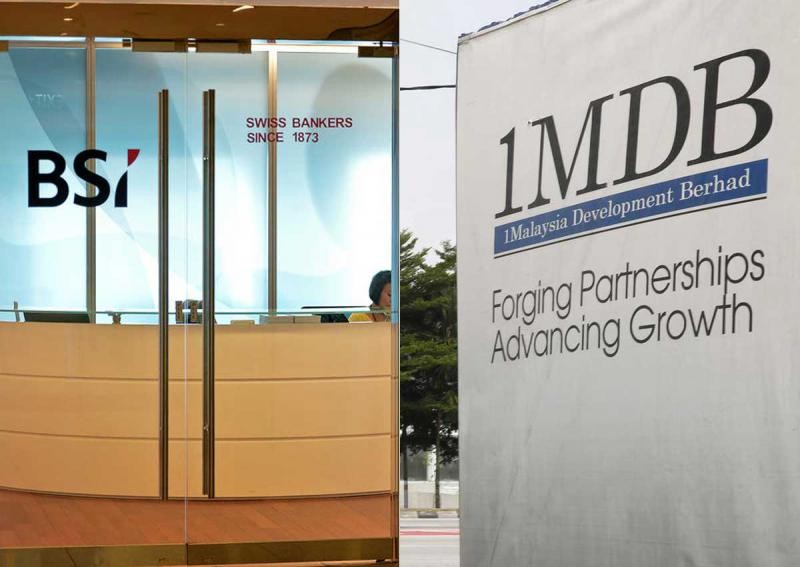 It was revealed in court on Tuesday that Yeo sent Yak a message via encrypted messenger Telegram: "Why did you do such a stupid thing? You have gained nothing but lose so much. Anyway, they are very unhappy with you."

In the prosecutors' submission that Yeo be denied bail, Second Solicitor-General Kwek Mean Luck said it is believed that the "they" in Yeo's message were his principals.

"Investigations have also shown that the accused has also attempted to influence Yak by making implicit threats to him," said Mr Kwek.

Yak, a former senior private banker at BSI, has had 12 of his bank accounts worth S$9.7 million frozen by the Commercial Affairs Department (CAD) in the probe into 1MDB. Yak, whose clients included Penang-born tycoon Jho Low and 1MDB entities, is among six individuals from BSI who have been referred by the Monetary Authority of Singapore to the public prosecutor to be evaluated for possible criminal offences.

For the first time since he was charged last month, Yeo appeared in person at court and not via video link.

At the seventh mention on Tuesday, prosecutors added two fresh charges on him; this brought the tally to nine charges so far, ranging from those for money laundering, forgery, other cheating charges to obstructing the course of justice.

Mr Kwek said investigations revealed that Yeo had met Kelvin Ang, the second person charged with corrupt transactions in the 1MDB case; Ang was released from remand this month on bail of S$100,000, after being questioned by the authorities in early April. Their communication took place before Yeo was formally charged on April 16.

Mr Kwek said: "The communications unmistakeably show that the accused has no compunctions perverting the course of justice."

He added that Yeo had also contacted Kevin Swampillai - BSI's head of wealth-management services, another of MAS' list of six - to tell him to "stick to the story" discussed earlier and to "play poker" with the CAD.

Yeo's lawyer, Senior Counsel Harry Elias, said this was the first time an accused person has been held in remand for 38 days straight; he also noted that only two of the nine charges against Yeo were non-bailable.

"There is nothing new in the new charges. We are seeing replication of the earlier piecemeal charges. (The prosecutors) know it all. What's the point of keeping my client in remand, but to show that they call the shots?"

District Court Judge Christopher Goh said he will review the submissions for no bail and set the next session for Thursday.