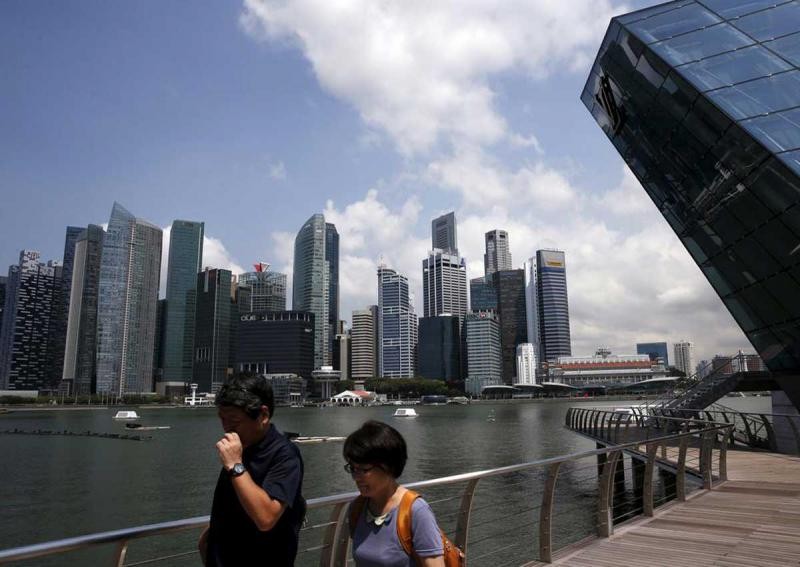 SINGAPORE - Pay packages for expatriate workers in Singapore have shrunk 8 per cent over the past year, international human resource consulting firm ECA International said in its latest report.

According to the firm's MyExpatriate Market Pay survey, Singapore expatriate pay packages have fallen two places from seven to nine in a ranking of expat pay packages in the Asia Pacific region.

The value of a typical total expatriate package for Middle Managers in Singapore is now US$239,400 (S$322,774), the survey found. Average base salary for expats is down 6 per cent from last year.

"In the past 12 months there has been a significant drop of over US$5,000 in the average salaries for middle managers when converted to US dollars. The average total expatriate package offered in 2015 is the lowest seen in Singapore in the past four years," said Lee Quane, regional director for Asia at ECA International.

The gap between Singapore and Hong Kong has also widened, with Hong Kong rising to fourth place in the regional rankings. Although both locations have seen a decrease in the total cost of packages to companies, Singapore's overall packages have experienced a more notable decline because of the relative strength of the Hong Kong dollar, ECA said.

"In Singapore, the most expensive part of the expatriate package is typically the benefits element: the value of these is second highest in the region after Hong Kong. The cost of providing certain benefits such as housing and education is the most expensive element of the pay package when relocating middle management staff to Singapore," said Quane.

International assignment pay packages are usually designed with the employee's salary in their home country as the starting point, then adjust for cost of living and any other allowances, and tax.

However, companies operating in the major Asian hubs are increasingly using the host country local salary as the starting point with or without some additional benefits such as an allowance for accommodation or children's school fees, the consultancy added.

Japan was found to have Asia's highest expatriate packages. On average, a package for an expatriate middle manager based in Japan is worth $329,000, which is also lower from last year's US$375,000 due to the yen weakening significantly against the US dollar.

Meanwhile, expat packages in Mainland China are now the second highest in the region, having overtaken Hong Kong in 2013. A total package for an expatriate middle manager in China is worth over US$290 000, up 5 per cent from last year.

"Even though total expatriate packages have increased in Mainland China, the average salaries of Middle Managers in Tier 1 cities have actually decreased by nearly 4 per cent over the past year," said Quane.

"Not all Chinese cities require such high packages though. The cost of benefits provision in Tier 2 locations is still much lower than in Tier 1 cities and if they, alone, were to be taken into account, China would appear towards the bottom of the regional ranking".