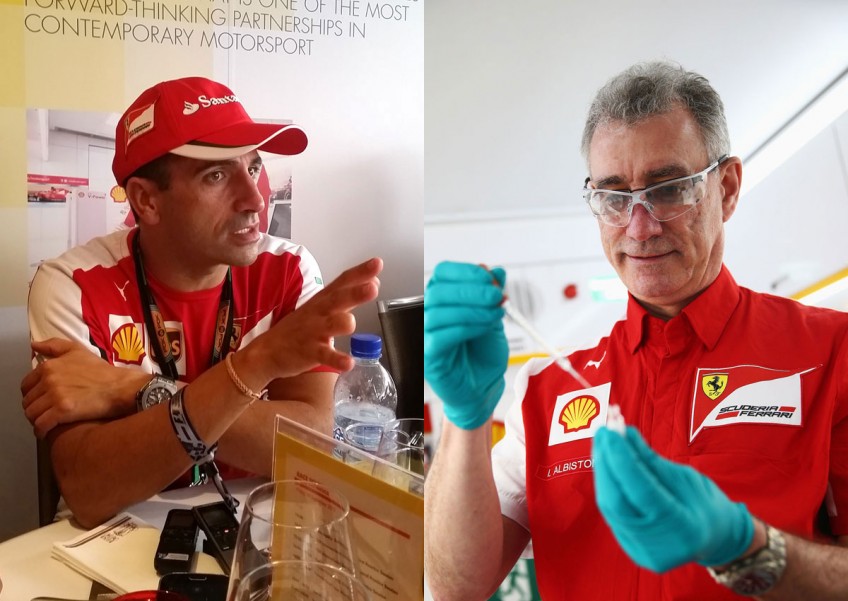 Ferrari have not won either the drivers' or constructors' championship in Formula 1 since 2008 and there's no chance of the Italian outfit ending that drought this season.

But two persons closely related to the storied team believe the Prancing Horse is on the right track to win next season, especially given the improvements they have seen this season.

"Hand on heart, we are going in the right direction," said Shell's trackside and logistics manager for the Ferrari team, Ian Albiston, yesterday.

"If I look at the numbers that Ferrari are predicting to put in their hardware next year, power wise, it is going to be pretty darn close next year."

Shell has been a long-time partner of the Formula 1 team, and has just signed a new five-year partnership with Ferrari as an innovation partner.

While Albiston acknowledged that the sport's most successful team have had a "steep learning curve" in their maiden season with turbo-charged V6 engines, down from the naturally aspirated V8 units previously, the 2015 season has shown both Ferrari and Shell that they are on the right track in terms of development.

Ferrari, who have 31 drivers' and constructors' titles since 1950, did not win a single race last season and finished fourth in the constructors' standings, while Mercedes' Lewis Hamilton claimed the drivers' title ahead of teammate Nico Rosberg.

After pulling off a coup by luring Sebastian Vettel away from Red Bull, Ferrari have broken Mercedes' stranglehold with wins in Malaysia and Hungary by the German star, although the four-time world champion is still 74 points adrift of leader Hamilton, while Ferrari are second in the constructors' table (270) behind Mercedes (451).

"The target this year is not to be world champions, but to make a big step with this new team of people," said Scuderia Ferrari test driver, Marc Gene.

"I think there is good potential and that we will make that step next year to challenge for the championship."

"F1 is about cycles - it was Ferrari from 2000 to 2008, then Red Bull and now Mercedes. Hopefully we can cut short the cycle that is winning now and we can start our own," added the 41-year-old Spaniard, who revealed Ferrari already have a dedicated team working on the development of next year's car.

Albiston said Shell is also in the midst of developing next year's fuel blend for Ferrari.

Shell is sending 20 types of fuel to Ferrari's facility in Maranello for testing, and should go into production in February next year for the Australian Grand Prix.

He said: "Our main challengers are Mercedes, they are the ones we know we need to beat.

"They have made a step forward in the last race at Monza, but so did we.

"I don't think they pulled away in the development race.

"So yes, we are confident of catching them."

This article was first published on September 19, 2015.
Get The New Paper for more stories.